Behind the Label – Henri Jayer 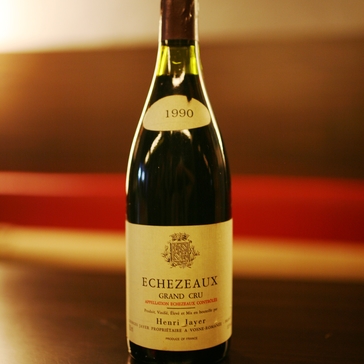 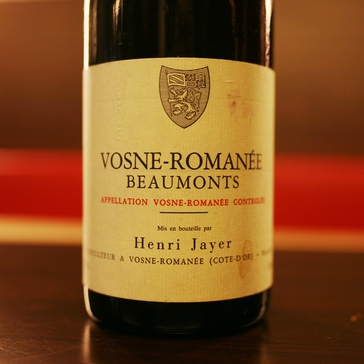 An upcoming wine dinner is serving a Burgundy lineup starring an Echezeaux from Henri Jayer for a whopping $13,000 per head. Given the Olympian status of the late Henri Jayer, tasting his wine is one of those once-in-a-lifetime experiences that every wine lover hankers for. However, before you start asking your banker for a second mortgage, make sure you are getting the Henri Jayer, Echezeaux. There lies the caveat with the Echezeaux of the late Henri Jayer. You may not be getting what you are paying for. To understand this, you have to join me in a Holmsian exercise to unravel the riddle of Henri Jayer and his Echezeaux.

Unlike many other family-owned domaines in Burgundy where winemaking dates back generations, Eugene, Henri’s father, was the first of his name to make wine. Before World War I, Eugene settled in the village of Vosne-Romanee. He had three sons, Georges, Lucien and Henri. Henri was born in 1922 and when the Second World War broke out, his elder brothers joined the army and as a teenager, he remained at home. When the brothers returned after the war, Georges pursued another vocation and Lucien resumed work at the domaine. These were difficult times when money and resources were scarce and the family domaine could not support many mouths. Henri also had to scramble to supplement his meagre income.

In 1945, Henri seized an opportunity when he was offered a 10-year sharecropping contract by Madam Noirot-Camuzet. The Camuzets were a notable family in Vosne-Romanee and had parcels in Richebourg, Les Brulees (Vosne-Romanee) and Aux Murgers (Nuits-St-Georges). In exchange for caring for her vineyards, he received 50% of the harvest and the rest went to his landlord. This contract was renewed a number of times until it was terminated in 1987. In 1951, Henri acquired his first plot in Cros Parantoux which at that time was populated by bush and artichokes. He laboriously replanted the vineyard and piece by piece, he acquired 0.71 hectares in his name which he eventually passed to Emmanuel Rouget. To the present day, the only other owner of this prized premier cru is Meo-Camuzet with the remaining 0.3 hectares.

Prior to 1978, Henri bottled very little of the wine that he made but after that, he bottled under his own label wine that he made from his shares of the grapes from the family domaine and the sharecropping arrangement. From 1978 to 1987 (when the sharecropping arrangement ended), there were Henri Jayer bottlings of Richebourg, Les Brulees (Vosne-Romanee) and Aux Murgers (Nuits-St-Georges). From 1978 to 2002, his label graced the bottles of Cros Parantoux. With these 4 labels, if it says Henri Jayer, you don’t have to think further (except to see whether it is a fake). This is the simple part of the story.

Not so with the Echezeaux bottles. The confusion started when Henri’s father died leaving behind a modest domaine. The conventional thesis is that the domaine was inherited by his 3 sons in equal shares and Henri made the wines for his brothers. However, the facts do not support this. Let’s deal with the inheritance. As we have been unable to uncover what the father owned when he died, we have to work backwards from what we know today. The present day estate, now wholly in the hands of Rouget, consists of 1.43 hectares in Echezeaux, 0.26 hectares of Les Beaumonts, 1.2 hectares of village Vosne Romanee and of course, Cros Parantoux. During Henri’s time, he had 0.33 hectares in Echezeaux, 0.1 hectares of Les Beaumonts and bits from which he made a village Vosne Romanee and Bourgogne. As for Georges, he has his own label for Echezeaux and a village Nuits-St.-Georges. Sightings for wine with a Lucien Jayer label are so rare that one doubts whether he ever made any meaningful amount of wine. You may well ask: why did Henri only have 0.33 hectares in Echezeaux and not 0.47 if it was shared equally? Why did Georges not have any Les Beaumonts and village parcels? The more likely scenario is that the 3 brothers did some horse-trading and the domaine’s parcels were not split up evenly. For example, Henri may have decided to take a smaller but better piece of Echezeaux, that is, Les Cruots ou Vignes Blanches and Les Beaumonts leaving Georges and Lucien with Les Treux and other bits.

The next wrinkle is who made what for whom. The oft repeated refrain is that Henri made wine for both his brothers and more importantly, the Echezeaux that he made would be from his parcel in Les Cruots. The wines that he made from the parcels of his brothers would be bottled separately. Therefore, the Echezeaux he made for Georges would be from the lesser Les Treux. This was supposed to be the qualitative difference between the two. What we do know is that Henri has bottled Echezeaux under his own label as far back as the 60s. From 1988 to 2001, the Echezeaux he made for Georges was bottled under Georges’ own label. So in the period between 1988 and 2001, there co-existed a Henri Jayer Echezeaux and one from Henri for Georges Jayer. The problem with this is that save for minute differences, one label can easily be passed off for the other. The design is generally the same and the name Henri Jayer appears prominently in the same spot. If you squint at the lower left hand corner of a Georges Jayer label, you would find Georges Jayer (the only place in the label where the name “Georges” appears)! The simple way to differentiate the two is that they have two different logos on the upper part of the label. The Georges Jayer label has a rectangular crest but the Henri Jayer logo is in the shape of a traditional shield with a pointed edge at the bottom. 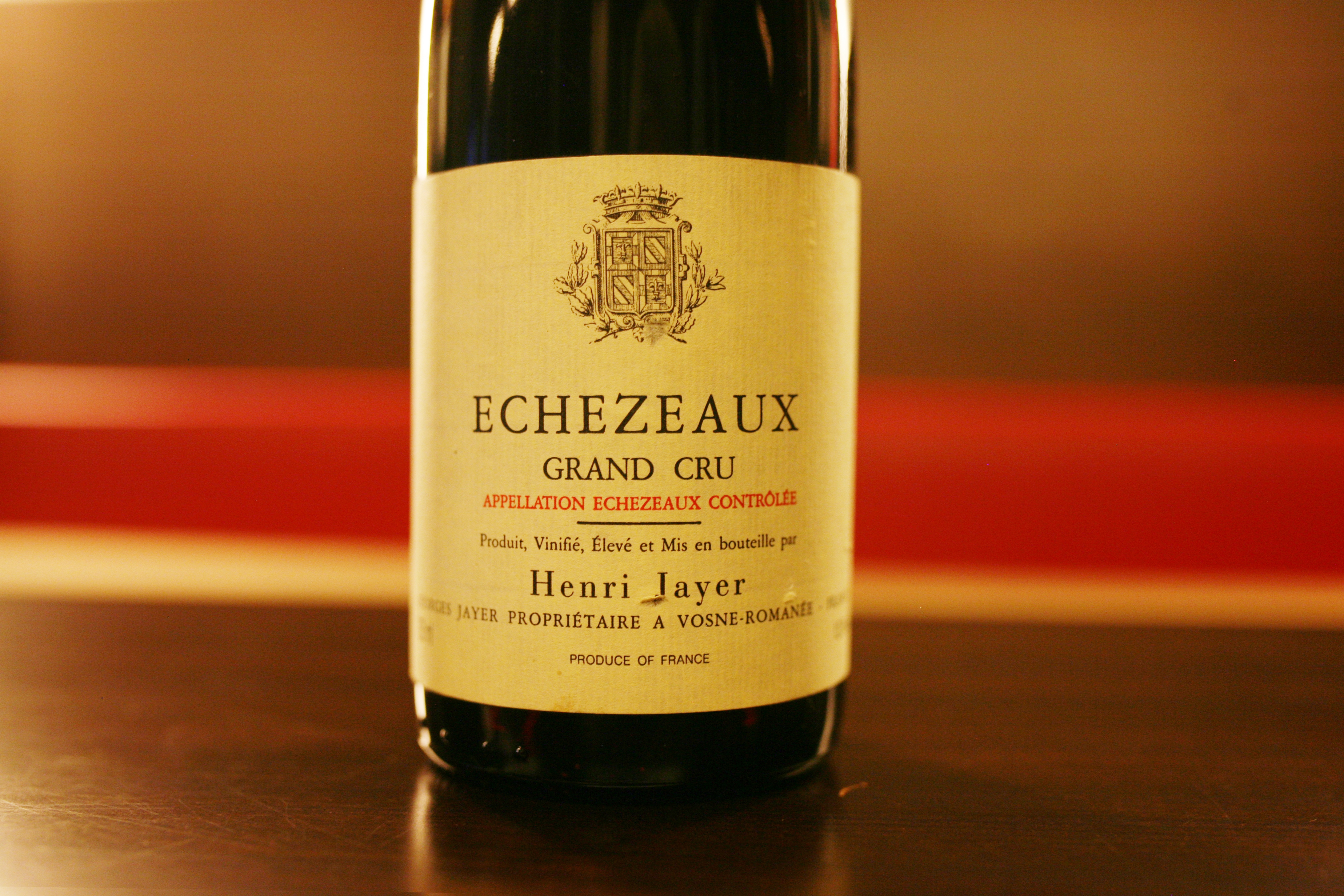