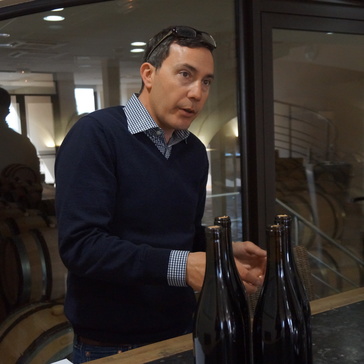 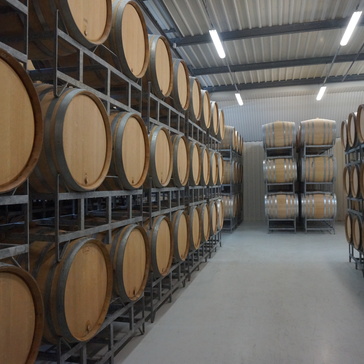 Aided by jetlag, we were up with the morning sun and raring to make our first visit of the trip. Alas, I ignored the advice of my host to ignore the GPS and promptly got lost. Although the address has been around since 2002, it has not been mapped into the GPS. Since it is part of an industrial zone on the wrong side of the railroad tracks in Meursault, its omission may be due to the French’s aversion to unsightliness. After a few telephone calls, we arrived no worse for wear. The domaine is housed in a concrete and glass structure which is indistinguishable from that in any other commercial estate complexes in the world. The environs may not be quaint but it is a suitable reminder that the domaine is one of the major players in Bourgogne producing over 240,000 bottles of white burgundy and about 60,000 bottles of the red variety annually.

The history of this domaine shows what a talented and ambitious winemaker can achieve in less than 3 decades. Vincent was born into a winemaking family based in Santenay, one of the lesser neighborhoods in Cote de Beaune. The family can trace its origins back to 17th century and count Vincent as its 11th generation. In 1982, Jean, Vincent’s father, retired and divided his estate equally amongst his 4 children. At age 18, Vincent found himself being the proud owner of 2 hectares of vines. He had a singular vision for his endeavors; he wanted to make great wines and in order to do so, to acquire the best parcels of vines. With his knowledge of the terroirs of the burgundy, he went about acquiring the very best plots, whether by buying or leasing the land or entering into long-term contracts to source grapes. In 1994, he married Veronique and with her help, started a negociant (merchant business). The success of his merchant business funded further acquisitions. In 2002, he completed and moved his operations to its present address in Meursault.

By 2011, he has largely realized his dreams and was making highly sought-after wines from over 22 hectares of vine. In 2012, citing a desire to ensure the continuity of his legacy, Vincent announced that management would be entrusted to a longstanding trade partner, La Compagnie des Vins d’Autrefois and its managing director, Jean-Pierre Nie. There were no changes to the technical and sales team. As one would expect for burgundy, it is hard to discern the details of the transaction because it was shrouded in secrecy. From all appearances, it would appear that Vincent has decided to ride off into the sunset leaving the domaine in the capable hands of existing management. For wine-lovers, the test is in the pudding and recent vintages show no signs of a drop off in quality, in fact, one could present a strong case that it has improved across the board. One noticeable improvement is the label; the word Domaine would no longer preface Vincent Girardin. This is a welcome departure to the rather unhelpful practice of differentiating between Domaine (wine made from domaine owned grapes) and Maison (made from grapes from other growers) which only confuses wine drinkers.

The tasting was hosted by Marco Caschera, the commercial director of the domaine, and afterwards, we managed to chat briefly with Jean-Pierre Nie, its president. Marco led us on a quick tour of the facilities which was impressive not only in size but for its array of the latest technology including an optical grape-sorting machine. We returned to the tasting area and Marco passed a printed sheet to each of us. On it was a list of 12 white and 4 red wines that we would taste on that day. Little did we know that Marco was to conduct a masterclass on the terroirs of Cote de Beaune. For the next 2 hours, Marco regaled us with his encyclopedic knowledge of the terroir of his wines and took us on a journey from end to end.

It is hard to do justice to all the wines presented on that day but there were certain standouts. We found for ourselves the quality of the lesser known appellations. There were the 2011 premier crus from Santenay, Clos de Tavannes and Saint Aubin, Les Murgers des Dents de Chien. Clos de Tavannes lies immediately next to the premier cru, Chassagne-Montrachet, whereas Les Murgers des Dents de Chien is separated from Chevalier Montrachet by a small hill. It shows that it pays to study your map because the pedigree shows. The former is round and fresh whereas the latter was floral and had good length. In one voice, they shouted value!

Going up the ladder, there were the 2010 premier crus from Chassagne-Montrachet, Le Cailleret, and Puligny-Montrachet, Les Combettes. Marco explained that Le Cailleret has stony soil with little clay and therefore imparts minerality to the wine. It was a racy wine with a keen balance. With its proximity to the great premier crus of Meursault, Les Combettes was a delicious combination of the steeliness of Meursault and the honey notes of Puligny-Montrachet. We then went back in time to the 2006 Puligny-Montrachet, Les Folatieres, premier cru. This was a classic Puligny with its concentration and intensity. As an exclamation mark, we ended with 2 grand crus, 2010 Corton Charlemagne Quintessence and 2009 Batard Montrachet. The Corton Charlemagne was from 70 years old vines and ably shows its trademark power whereas the Batard was a study in effortless grace.

Although Domaine Vincent Girardin built its reputation on its stable of superlative white wines, it offers a good range of reds. The 2010 Corton Perrieres, grand cru, had aromas of black fruit and its brooding color suggests a wine that should age well. This brings our masterclass to an end but we can safely say that we would not have minded if the teacher ordered our detention. 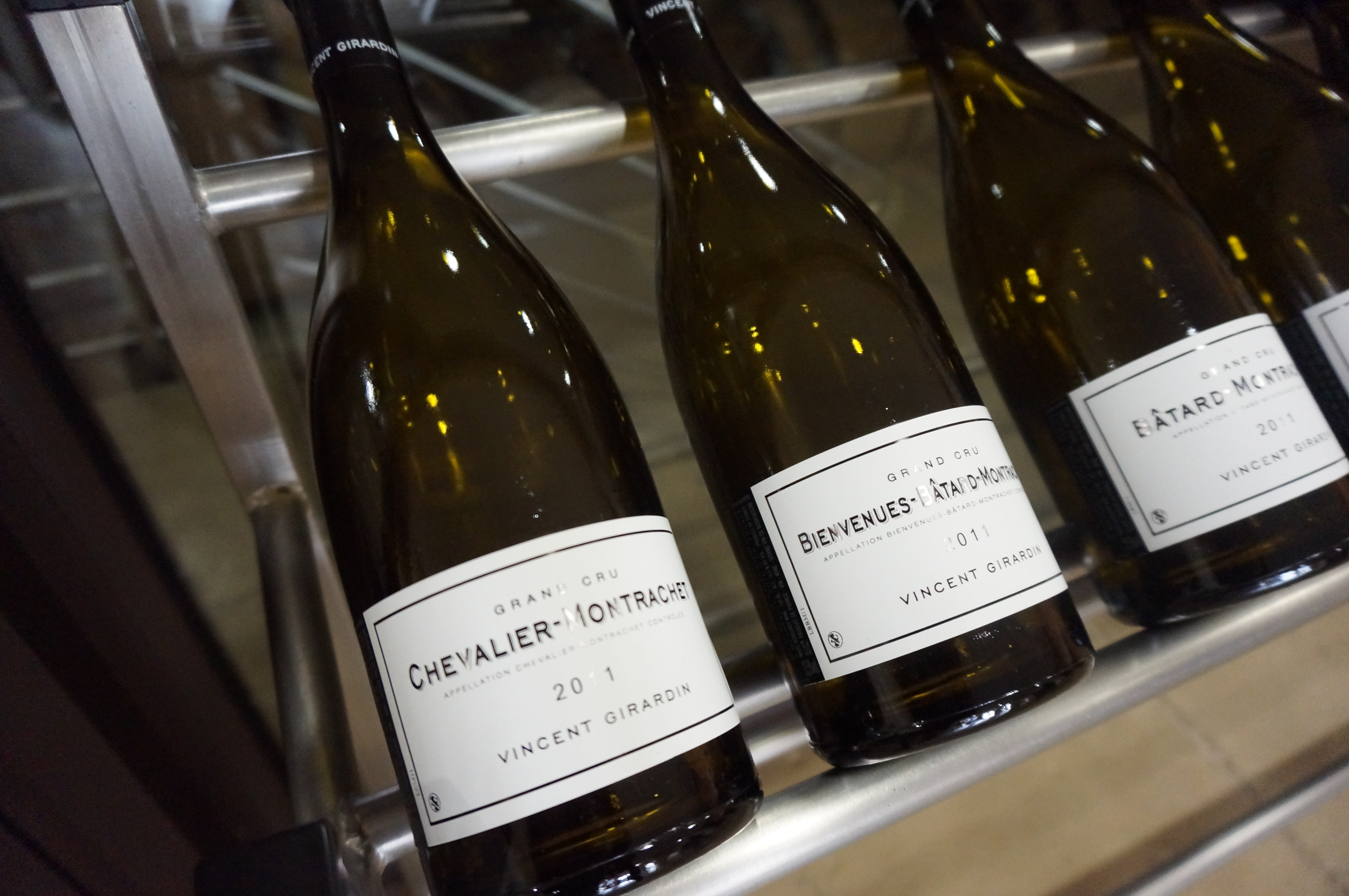