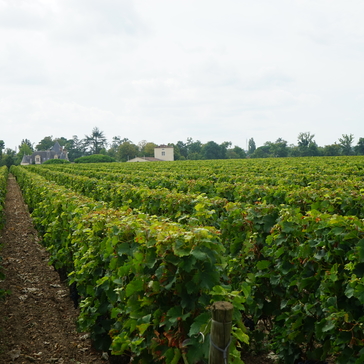 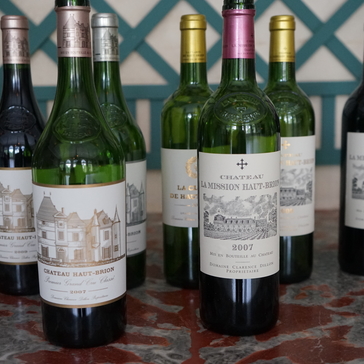 It is daunting for a writer to approach a subject that has been so well-trodden by numerous esteemed colleagues. This is particularly so for Chateau Haut Brion, a legendary estate whose story has been pored over in the most minute of details by many. However, seeing this magnificent estate in full bloom in September has truly invigorated the senses and dispelled any misgivings that one may have at a retelling.

Anyone with a passing knowledge of fine wine would know that Haut Brion is one of the 5 first growths in the 1855 classification of Bordeaux. But many would not know the date of its birth. In fact, Haut Brion has the distinction of being able to determine the precise date of its birth on 23rd April 1525. This was the date when Jeanne de Bellon married a ranking civil servant and brought Haut Brion as her dowry. As it approaches its 500th anniversary, it stands as testament to the enduring glory of the premier grand cru of Bordeaux.

Well before the classification of 1855, Haut Brion already had a stellar reputation as a grand vin. By 1663, it has developed the techniques of topping-up (ensuring the barrels are full so that excess oxygen does not come into contact with the wine) and racking (transferring the wine from one barrel to another leaving the sediment behind). These innovations created a wine which can be aged and led to the introduction of the concept of vintage wines. Haut Brion found great favor with the English. By 1660, it has found its way into the cellars of King Charles II of England. The celebrated English diarist, Samuel Pepys, commented on the “good” taste of Haut Brion in his diary entry for 10th April 1663. This was followed by growing reviews by John Locke, the English philosopher when he visited Bordeaux in 1677. It should therefore not be surprising that the connoisseurs of Haut Brion encompass both the famous and the infamous. It was the favorite of Thomas Jefferson, the third president of the United States, who visited the estate in 1887 when he was the American ambassador to France. The infamous Hermann Goering, Hitler’s villainous henchmen, was enamored with it and ordered his troops to seize the wine when the Germans occupied the chateau in World War II. Much to his disappointment, the Germans could not find the wine cellar because Seymour Weller, the then estate manager, has carefully hidden the cellar door from prying eyes.

The modern history of Haut Brion commenced in 1935 and since that time, the name of Dillon and Delmas has been inextricably tied to its ascendance. In 1935, Clarence Dillon, a New York financier, purchased the estate. The current head and president of Haut Brion is Prince Robert of Luxembourg, the great grandson of the patriarch. The Delmas has been winegrowers for generations and in 1923, George became the manager of Haut Brion. The new owner wisely retained George as his manager and upon his retirement in 1961, he was succeeded by his son, Jean-Bernard. Jean-Bernard retired in 2003 and the torch was passed to the current overseer, Jean-Philip. Just as the Dillons have continuously owned Haut Brion, the Delmas has been at its helm throughout. This seamless continuity goes some way to explain the consistent expression of this vinous wonder.

An equally important part of this equation is the commitment of the Dillons to the pursuit of excellence. Not only did they write a virtual blank cheque to bankroll constant improvements to the estate; not just the vines but also the restoration of the historic mansion which graces its iconic label and the surrounding environs. They also gave carte blanche to the Delmas to experiment and innovate. The first change that Jean-Bernard made when he took charge in 1961 was to replace the wooden vats with stainless steel vats. For estates which were steeped in tradition, particularly, first growths, this was revolutionary. By 1990s, these vats have been replaced by bi-level stainless steel vats designed by Jean-Bernard. This new design enables a gentler running off of the wine after maceration. This is the pioneering spirit which lies at the heart of this great estate.

Although Haut Brion uses 3 varietals for its red wine, Cabernet Sauvignon, Cabernet Franc and Merlot, it works with a staggering amount of individual strains of these varietals. At last count, there are 140 parent plants, 370 clones and another 36 experimental clones. This adds up to 546 individual strains. Thus, the art is not in balancing the 3 varietals in the wine but harmonizing these strains. The benefit of mastering this diversity is that the wine would always be made with the best ingredients. This gives us the hallmark style of Haut Brion, the harmony and balance, the elegance without sacrificing power. All the elements which render a classic Bordeaux.

On this day in September, the vines and its bounty were picture perfect. We visited the thoroughly modern fermentation chamber. There was already a buzz of anticipation as the harvest is about to begin. In fact, the harvest of Semillon and Sauvignon Blanc for it miniscule production of the cult white wine, Haut Brion Blanc, had just been completed. Just to give you a sense of the extreme pampering of its produce, we were told that these grapes were transported in air-conditioned vehicles to the sorting tables. After the obligatory picture session in front of the historic mansion and its gardens, we were ushered into the tasting hall. Waiting for us was a pair of wines from the 2007 vintage; Haut Brion and its sister, La Mission Haut Brion, which are also owned by the Dillons. Both wines were showing beautifully and surprisingly approachable. The Haut Brion was supple and soft with scented sweetness of black fruits and a long and satisfying finish. Although just a stone’s throw from Haut Brion, La Mission had a different style; it exudes femininity and seduces you with its aromatics.

As we passed through the foyer upon leaving the chateau, we felt the gaze of their aristocratic forebears bearing down upon us from portraits lining the hall. We can safely surmise that they must be very pleased with the work of their progenies. 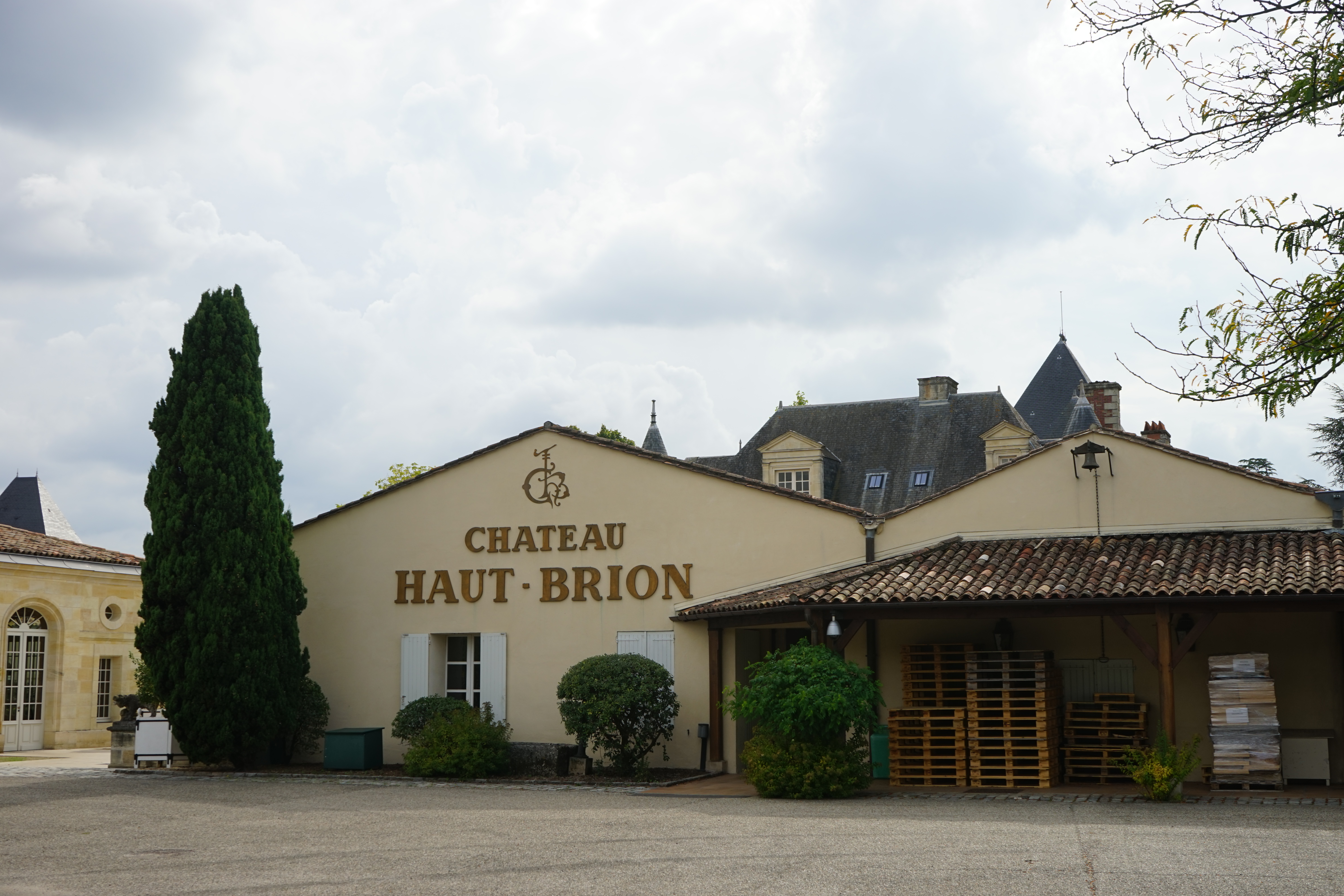