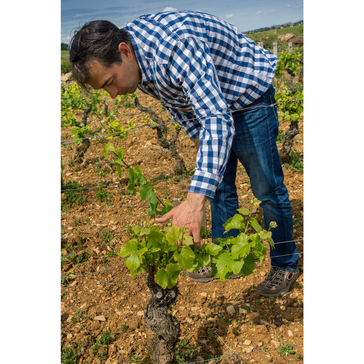 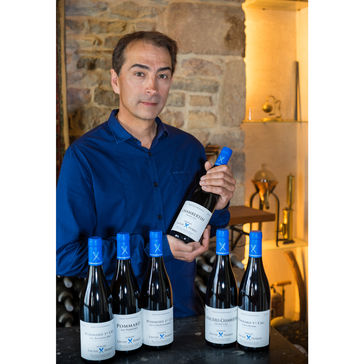 In the world of fine wine, Burgundy is singular in its ability to polarize drinkers. Either you become smitten and revel in its arcane intricacies or you walk away with a bewildered sigh! Actually bewilderment is an understatement when you have to contend with a myriad of appellations (numbered at 100) and within it, specific vineyard sites (climats) with different classifications (grands crus & premiers crus) and sub-sites (lieux-dits). From specks of land in these appellations, climats and lieux-dits, small and mostly family-owned domaines would produce a variety of labels (about 1,300 domaines are bottling their wines). With the French inheritance laws which divide the deceased parent’s estate equally amongst their children, consumers are confronted with labels bearing domaine names which are almost indistinguishable from one another. For example, through spinoffs (inheritance) and mergers (marriage), there are now 6 domaines from the village of Chassagne-Montrachet which prominently feature the name Morey on their labels. The latest news is that one of the Moreys would be partitioning his estate into 3 parts, one part for himself and one part for each of his 2 children so that there would be another 2 domaines with the name Morey. For those who do not have issue or winemaking progenies, think Domaine Jules Belin and Domaine Moignon, then your name would be consigned to the cobwebs of history (for millennials, it means being in oblivion because they cannot google you). But it means that for the true of heart, you can stumble upon that little jewel with a story as captivating as its wine.

Les Grands Jours de Bourgogne is a wine tasting extravaganza held every 2 years in the heart of Burgundy. For 5 days in March, domaines from all the appellations would showcase their wines to wine professionals. Given the breath of these tastings, it is simply impossible to sample all that is offered (thousands of wine were being poured). This year, I planned to skip the Gevrey-Chambertin tasting because simultaneous tastings were being held at 2 other venues. Fortunately, the organizers had thoughtfully relocated the Gevrey-Chambertin tasting to a venue closer to the other 2 and I decided to drop by in the late afternoon. Typical of these tastings, the crowds would flock to the star domaines (which ironically see no need in pouring their top crus to the masses). Since the stars obviously need no help from me, I usually head to the lesser knowns. As I was wandering through the aisles, I spotted a gentleman standing rather forlornly at his booth. A quick glance at the tasting catalogue shows that the domaine was Launay Horiot and he was presenting 2 wines from 2014, Chambertin and Latricieres-Chambertin.

It was a surprising discovery because I have seldom come across a domaine that I have no impression of at all. It is also unusual for just 2 grands crus to be presented because almost all domaines would be pouring their bourgogne, villages and premiers crus. Grands crus are either poured sparingly or not at all. Curiosity piqued, I introduced myself at his booth and Xavier Horiot, the gentleman manning it, poured his Chambertin and Latricieres-Chambertin. As I was tasting his wine, I detected a bit of nervousness on his part as though my judgment actually carried great weight. Well, there was no reason for his trepidation. Both wines were well-crafted and lives up to its grands crus pedigree. Both were fragrant, elegant and well-balanced. Xavier looked relieved when I gave my 2-cents worth and explained that 2014 was his first vintage! Incredible, I have actually stumbled upon a pot of vinous gold – an undiscovered domaine with stellar grands crus holdings! It doesn’t stop there, the story behind the wine that Xavier told me on that day and when I visited his domaine was equally riveting.

The story I pieced together goes like this. In 1820, the Launay family moved from Meursault to Pommard. There were 11.5 hectares of vines and Raymond Launay, Xavier’s maternal grandfather, established Domaine Raymond Launay. In 2000, Raymond passed away and willed his estate to Xavier and Raymond’s daughter (Xavier’s aunt). The aunt wanted to sell and Xavier wanted to preserve his patrimonie (heritage). This led to a 11 years’ court battle between Xavier and his aunt. Xavier eventually prevailed but only after incurring €80,000 in legal fees.

Winning was only the beginning of his problems. Whilst the court battle was raging, the aunt remained the manager but her interest in the vines was desultory. When it ran into financial difficulties, she sold her stock to Maison Boisset and allowed them to install their winemaker and manager at the domaine in 2002. In 2006, she rented (en fermage) the domaine to Chateau de Pommard. It took another 3 years for Xavier to terminate the arrangement and recover the vines. By the time he started in 2011, he had only 3.95 hectares of vine remaining from the original 11.5, and they were not in the best condition because the tenant never took care of it. The legal wrangling has tapped out both his savings and his bank facilities. From 2011 to 2013, he sold his grapes to Louis Jadot and Chateau de Pommard just to survive. To further challenge his mettle, his vines (as were others in Pommard) were repeatedly struck by hail. In 2014, he managed to raise funds to buy a press, tanks and barrels and with the aid of a consultant, Veronique Girard, presented his first vintage. The only problem is he had no customers (which probably explained why he was a bundle of nerves at the Grands Jours).

How did he manage to overcome these travails? Well, I should mention that in his former life, he was a fighter pilot with the French air force. He explained that he was trained to have a checklist in his mind and to do the expected but always expect the unexpected. He came prepared. Whilst fighting his court battle, he and his wife (who is a professional photographer) completed a wine course at Bordeaux University. They have immersed themselves in their roles as winemakers and are bringing the domaine back from the edge of oblivion.

When I met them, they were undiscovered. They are no longer so. Neal Martin of Robert Parker’s Wine Advocate (94 for both Chambertin and Latricieres), Allen Meadows aka Burghound (91-4 for Chambertin and 91-3 for Latricieres), and Tim Atkin, MW have since raved about his wines. For the wines from Pommard, the premiers crus Les Chaponnieres, Clos Blanc and Rugiens have scaled the heights at Burghound’s upper range of 92-3 and even the villages Les Perrieres garnered a very respectable 88-91. For the record, I am so enamored with the wine and the persons behind the wine that I have secured Vinsionaire as an importer (this is my declaration of interest).