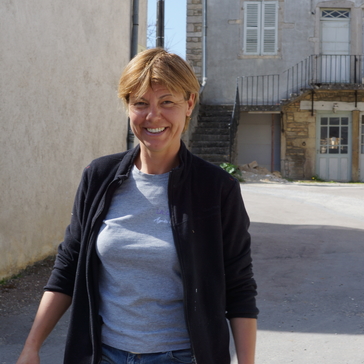 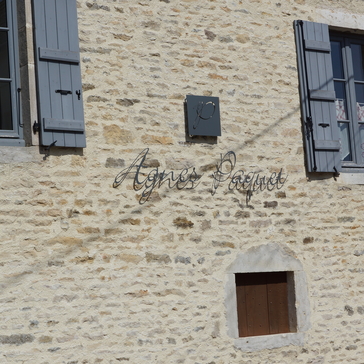 Lining D974, the main thoroughfare from Dijon to Beaune and points south, are all the renowned winemaking villages of Burgundy and signposts proudly trumpeted their name. For wine lovers, each sign is enough to induce a pavlovian bout of salivation. Between Dijon and Beaune, there is Gevrey-Chambertin, Chambolle-Musigny and Vosne-Romanee, home to the greatest vins rouge. South of Beaune lies the sublime chardonnay vineyards of Meursault, Puligny-Montrachet and Chassagne-Montrachet. But if you happen to veer off the road to the southwest after you leave Beaune, a few minutes’ drive would take you into the backwaters of Burgundy. You are now in an unfamiliar appellation bearing the nondescript name of Hautes Cotes de Beaune. Hautes means high in French. Unfortunately, it does not describe the esteem of its wine but rather that the area lies on the high slopes. The topography is a concave plateau and sprinkle around the rolling hills and valleys are 600 hectares of vineyards. This is literally well off the beaten track and the domaines in this appellation ply their trade in varying degrees of obscurity. One sleepy village in this wild country is Meloisey and hidden in its labyrinth of the narrow and steep alleys is the home of Agnes Paquet.

If you want to make your mark as a vigneron in Burgundy, it would be particularly helpful if your forbears have the foresight of acquiring and holding some choice plots of cru pedigree. Anything less is an uphill battle. Agnes’ family had about 3 hectares of vineyards in Auxey-Duresses. Before 1937 when Auxey-Duresses was granted status as an appellation, it was just another anonymous piece of the Hautes Cotes. It does have the singular fame of being home to Maison Leroy and Domaine d’Auvenay, the personal fiefdom of Lalou Bize-Leroy, makes minute and impossible fine quantities of white wine from Les Clous, Les Boutonniers and La Macabree. When Agnes’ family laid plans to sell their holdings which was then rented to others in 1999, Agnes assumed the reins to preserve her patrimoine (heritage). For a budding winemaker, Auxey-Duresses is certainly the wrong side of the track. With these undistinguished village holdings, Agnes embarked on her vinous journey and labeled her first bottle in 2001.

Although it may be a stretch to call her a young Lalou just because they both hail from the same neck of the woods, Agnes is undeniably a very talented winemaker. I find striking similarities in their blend of steely determination and grasp of business acumen.

So where did she start? With an aperitif, of course. She included in her portfolio a Cremant de Bourgogne and this is where we see her commercial astuteness. Cremant is a sparkling wine made in the traditional “secondary fermentation in bottle” method. It is a champagne which is not made in Champagne (hence, the moniker Cremant). This makes good use of her chardonnay, pinot noir, gamay and aligote varietals from either her own holdings or which she can source. It can be produced in quantities to secure her bottom line. On its own, it is a refreshing tipple and punch well above its class (not to mention price).

With her prime Auxey-Duresses holdings, she fashioned both red and white wines. However, it is her whites from 2.8 hectares of chardonnay plots that have elevated her. From vines with an average age of 85 years, she produced 2 labels, Auxey-Duresses village and Patience No. 8. The difference between the 2 is that the Patience is aged slightly longer and in larger barrels. Both wines have a mineral elegance but the Patience has more of the signature crispness of the terroir.

From her limited base of 3 hectares, she has now expanded to 9 hectares which included acquiring a small parcel in the lieux-dit of Les Battaudes in Chassagne-Montrachet and recently her first premier cru in Saint Aubin, Les Perrieres. The Chassagne is consistently well-structured and has a good density of fruit. The Saint Aubin lives up to the appellations billing as an address for quality white wine at an accessible price point. This wine has a lively acidity and a deft balance. This is certainly a star in her portfolio but unfortunately there is so little of it (her plot is only 0.25 hectares).

We had visited her in the past 2 years at her Meloisey homestead which houses her modern but compact cuverie. Agnes is obviously one of the new breed of winemakers, as comfortable in the vineyards as she is in the drawing room where she tasted her wines with visitors. She speaks perfect English and is extremely personable. She infuses her wine and domaine with verve. This boundless vitality would explain how she finds the time and energy to train and run in marathons all over Europe (another reminder of Lalou who was rock climbing in the next 60s). This bores well for her because you would need the stamina of a marathon woman to run in the hyper competitive wine world of Burgundy.