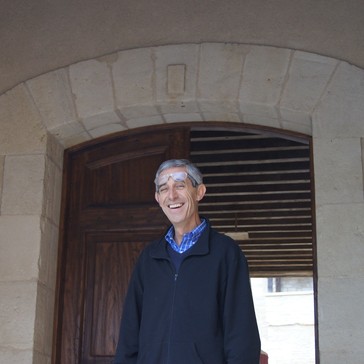 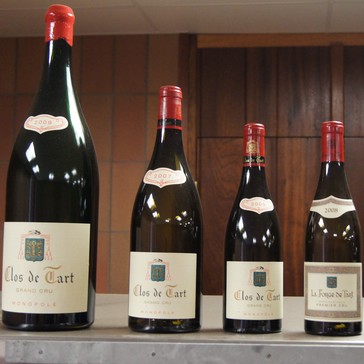 In October this year, the world of fine wine reverberated with the stunning news that the fabled domaine of Clos de Tart has been sold to Francois Pinault, the French billionaire who already owned Chateau Latour and Domaine Eugenie in Vosne-Romanee. The identity of the buyer is not surprising because not only is Pinault mega-rich, he has been locked in an eternal battle with Bernard Arnault, the owner of Louis Vuitton, to accumulate the world’s greatest luxury brands. Arnault already owns Chateau Cheval Blanc and Chateau d’Yquem. He also gobbled up Clos des Lambrays in 2014 for 101 million Euros! The price for Clos de Tart was not disclosed but it is rumored to be a stratospheric 200 million Euros.

Clos de Tart and Clos des Lambrays are both grand cru vineyards in the commune of Morey-Saint-Denis. However, Clos de Tart has the distinction of being only one of 5 grand cru monopole (a single owner of a whole grand cru plot). The other 4 are in Vosne-Romanee, namely, La Romanee, Romanee Conti, La Grande Rue and La Tache. Whereas Clos de Tart covers 7.5 hectares, the other 4 collectively occupy 9.8 hectares (of which La Tache for 6 hectares). How rare is that? It must be even more galling for Arnault that Clos des Lambrays would have been a monopole save for a lone holdout who refused to vacate a minuscule plot in this clos (please read my article on Clos des Lambrays if you wish to learn more). As one of the crown jewels of Burgundy (and the only one that could possibly change hands in our lifetime), Pinault’s acquisition of Clos de Tart is the ultimate in one-upmanship.

For us mortals, it is difficult to grasp this clash of titan-ic egos but we can detect the winds of change that is sweeping through Burgundy. In fact, the writing must have been on the wall when Sylvian Pitiot, Clos de Tart’s manager and technical director, retired after 20 years of distinguished service in January 2015. Prior to his arrival in 1996, Clos de Tart was a perennial underachiever. The Mommessin family, the then owners, presciently appointed Pitiot and gave him carte blanche to reinvigorate the domaine. As the saying goes, the rest is history!

Like all great domaines, Clos de Tart is inextricably tied to its past and it has endowed with a unique and fascinating story. In 1142, an order of Cistercian nuns called the Bernardines of Notre Dame de Tart purchased a wine estate in Morey. By a series of exchanges and purchases, the estate was enlarged and enclosed by the building of the original brick wall (hence the name Clos meaning wall) in the 15th century. This wall was rebuilt and extended in 1939 but by then, the majority of the vineyard has been delineated by it. By early 17th century, the abbey at Morey was abandoned when the nuns were ordered by papal decree to move to Dijon for their own safety.

In 1791, Nicolas-Joseph Marey, a wealthy local bourgeoisie, purchased Romanee-Saint-Vivant, Chambertin and Clos de Tart. Thereafter, Clos de Tart remained in the Marey family for the next 140 years. In 1932, the Mommessin, a family of successful wine merchants, took advantage of the economic crisis which has engulfed France at that time, and purchased Clos de Tart at an auction with no rival bids. The lack of interest was understandable because by the time it was sold, the vineyard has been so neglected that production has dwindled to a few hundred bottles. Mommessin made efforts to revive the moribund estate but it was the arrival of Pitiot that finally rejuvenated it.

We had the pleasure of being chaperoned by Pitiot when we visited the domaine shortly before his retirement. The present day Clos de Tart is hidden behind an imposing walled compound commanding the top of the hill in the commune of Morey-Saint-Denis. Once passed its gates, there is a low wall to the right and lying behind it in the shape of a rectangle is the vineyard which measures 250 metres deep and 300 metres wide. It is a very unusual sight because you would seldom encounter an entire grand cru site lying like the backyard to a manor house. As a reminder of its history, a huge wooden medieval press (which was in continuous use until 1924) is housed in the building off the courtyard.

Pitiot is a tall slim man and with his reserved demeanor and dangling glasses looks every part an academician. He was not raised in Burgundy but was born in the Loire province. He was trained and worked as a topographic engineer. He stumbled into wine when he worked a harvest at Domaine Jacques Prieur. There, he met and married Jacques’ granddaughter, Valerie. After their marriage, he worked at the family domaine whilst being encouraged to carry on with his mapping of the Burgundy area. The resulting maps which were published in 1981 remain the seminal work for maps of Burgundy.

Pitiot immediately recognized that the terroir was healthy and not prone to disease. Therefore, it would not require pesticides and chemical fertilizers and he adopted an organic orientation (but not exclusively) before it was the fashion. He reduced yield (5 bunches per vine) and focused on retaining the proper size bunches and berries. He preferred small bunches and berries because they could achieve maturity more easily. Pitiot also noted that the sunny exposition of the vineyard in his approach. It is divided into 6 plots based on the different soil and subsoils in the vineyards. Each is harvested and vinified separately. The winemakers’ touch can be found in the blending of these separate barrels.

So what is the signature of today’s Clos de Tart? It leans towards elegance rather than power. However, it should be intense and not too delicate. It has a typical Morey character, bigger than the crus from Chambolle but not as fully structured as Chambertin. The best grand cru should not be approached in less than 15 years. To punctuate his point, Pitiot tasted the 2001 vintage with us. Although it is a lightly regarded vintage, he has fashioned a great wine with his deft touch. Bright, fresh, fruit driven, powerful, muscular yet well balanced.

Clos de Tart essentially produced one wine, the grand cru Clos de Tart which has an annual production of about 20,000 bottles. The second wine, La Forge de Tart, is made from young vines but it is neither made in quantity nor exported. This is the easiest way to spot a great Burgundy….. just look for the Clos de Tart label on the bottle! 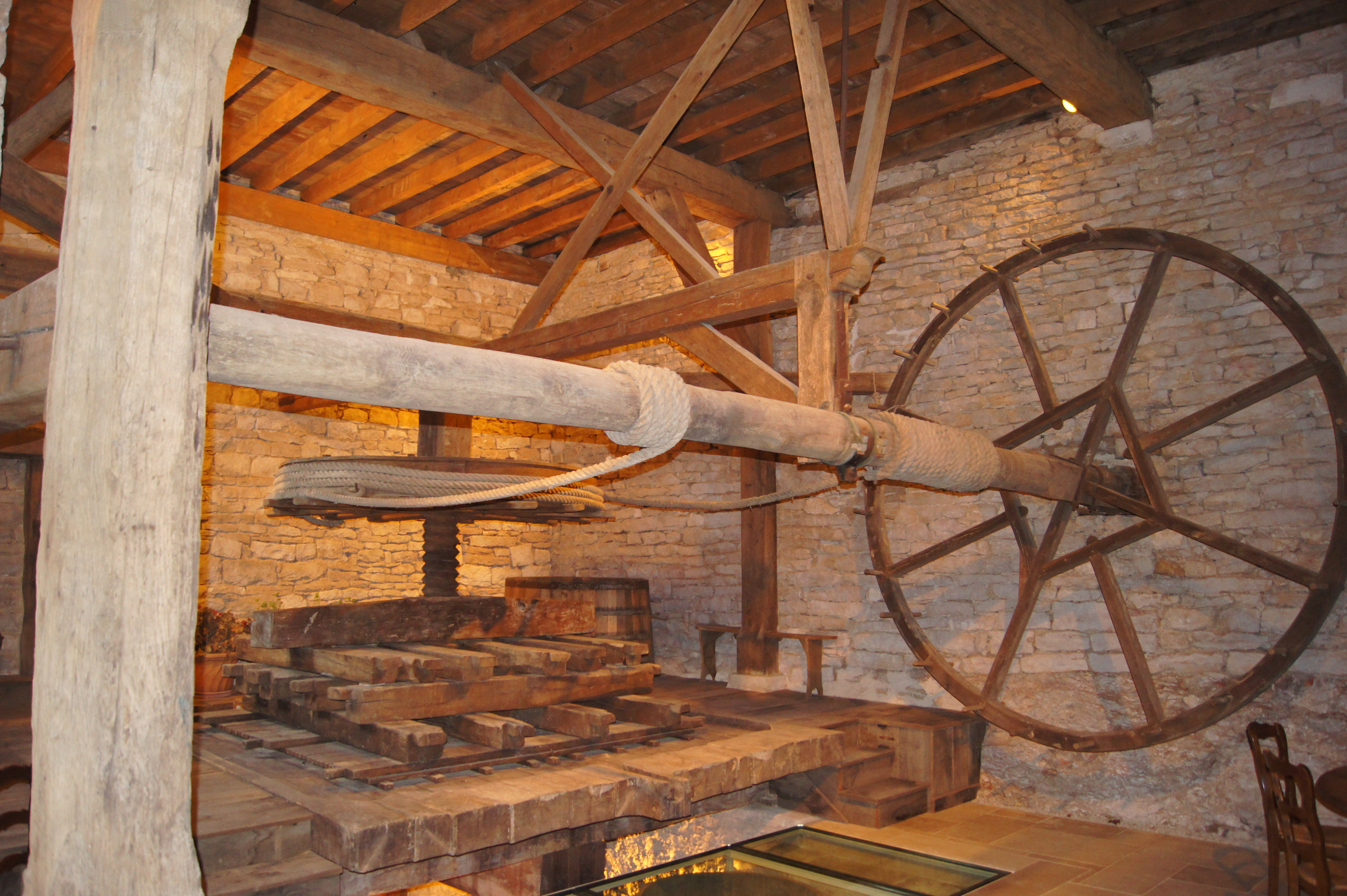