Domaine Cecile Tremblay – All My Children 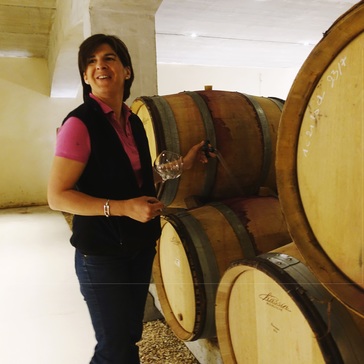 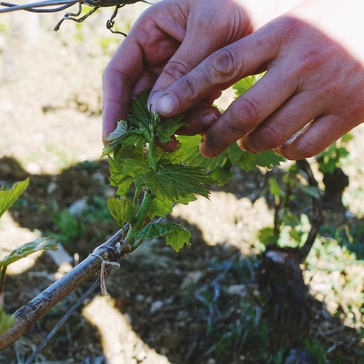 Cloak and dagger is hardly a term that spring to mind when one thinks about a visit to a winery. For our highly anticipated visit to Domaine Cecile Tremblay, the term was quite apt. We first met Cecile at the 2014 edition of the wine extravaganza, Grand Jours de Bourgogne, where she was presenting her wines together with other stellar domaines at the historic Chateau du Clos de Vougeot. Not only was she vibrant, she was exuding a radiance that comes naturally to an expectant mother (she gave birth to her second child about 2 months later in June). She graciously invited us to visit her in the coming spring when things become more settled. When we called her earlier this year, we easily set a day but she asked us to call her nearer to the date of our arrival so that she can give us her “unlisted” address. Her instructions suggested a degree of secrecy and added an unusual hint of mystery to our rendezvous in April.

We had no problem finding the address at Morey-St.-Denis as it lies on a road which was parallel to D974, the main thoroughfare for Cote d’Or. Apart from a plaque bearing the house number, there was nothing to identify it as Domaine Tremblay. The pillars for the gates framed a 2-storied building with a garbled roof. The barn-like feel was accented by a set of retro red barn doors and the hayloft door was replaced by a triangular set of windows. This well-thought out and charming set of buildings is the new home for the domaine and Cecile’s family. It explains her reticence to being too open with its location.

Although the media likes to make hay with her family ties to the legendary Henri Jayer, it is rather peripheral to Cecile’s story. If there is someone who deserves credit, it would be her great grandfather, Edouard Jayer. Edouard and Henri’s father, Eugene, were brothers. After Edouard returned from military service after the Great War, he married Esther Fournier and established their estate. Their estate was entirely distinct from that of Henri Jayer. In 1950, this estate was divided between their 5 children and Renee, their youngest daughter, leased her plots to sharecroppers. Renee’s daughter, Marie Annick Corbet, continued with this sharecropping arrangement until 2002. Marie’s daughter, Cecile, was the only child who was interested in winemaking and when the first of the leases expired in 2003, she returned the estate to its winemaking roots. Therefore, there were 2 generations between Edouard and Cecile who did not make wine and the connection to Henri is tenuous at best. The essential ingredient is the heirloom of vineyards that Edouard acquired and devolved upon his family.

The family domaine comprised of 7 hectares in prime locations. The bad news is that only 3 hectares were returned to Cecile in 2003. One more hectare was returned recently and the remaining 3 shall return to the family fold in 6 to 7 years. In 2003, Cecile targeted a yield of 35 hectolitres per hectare in 2003 but ended with half of that due to bad weather. With 3 hectares, she struggled to produce 7,000 bottles in her first vintage. Therefore, it was with a wry grin that she recounted the number of persons coming up to her when she visited Hong Kong in 2014 claiming to have bottles from her first vintage. As a test of her mettle, her vines were struck thrice by hail in 2004 and she returned another small crop. She recalled that she bottled and sold her wines as fast as she could because the bankers were literally at her doors. As the saying goes, it is third time lucky because her perseverance was rewarded with the vintage of the decade in 2005. From that point onwards, she never looked back.

As we passed through the whimsical red doors, we entered a high-ceilinged and airy facility dedicated to winemaking. Everything was sparklingly new and there was room to grow. We were met with the same ambience when we descended to the basement for our barrel tasting. Cecile could not be happier with her new digs. Since her 2014 wines from Vosne-Romanee were still undergoing malolactic fermentation, we tasted wines from barrel from other appellations. We started with the Morey-St.-Denis, Tres Girard. Next up was the Chambolle-Musigny, Aux Echanges followed by her premier cru, Les Feusselottes from Chambolle-Musigny. We ended with the barrel tasting Chapelle Chambertin, grand cru. She then shared a 2013 Morey-St.-Denis and 2012 Chambolle-Musigny with us.

After the tasting, she invited us to take a stroll with her to her Tres Girard plot which is just a few steps away from her new home. As we explored this vineyard, she explained its terroir by pointing out subtleties in its soil and mineral composition. She then pointed out several of her newly planted vines and told us the age of each of them down to the very month. It was a fascinating feat of recollection not to mention a powerful evocation of the nurturing instinct. Just as she would not be drawn into picking which of her wines she likes better because she says it is impossible to say which child she loves the most, we are quite certain that the same applies to the vines under her care.