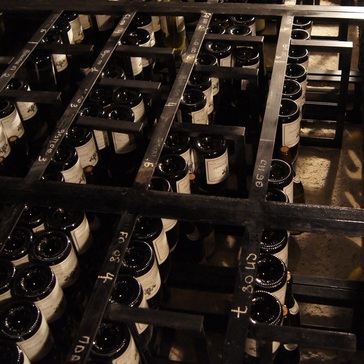 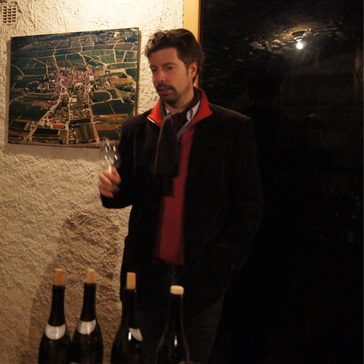 Burgundy is a paradise for food and wine lovers. The idyllic countryside is sprinkled with evocative wineries and charming restaurants. For a first time visitor to the region, there is no better starting point than the village of Puligny-Montrachet. This quaint commune is about a 20 minutes drive from the historic town of Beaune. Along the two sides of its sleepy village square lie its icons. One is a romantic hotel and its Michelin star restaurant housed in a 19th century country house. It proudly bears the name of Le Montrachet being the epitome of white burgundy. On the other side is Domaine Leflaive, the crown jewel of Anne-Claude Leflaive, the queen of white burgundy.

Clive Coates, the distinguished wine critic from the England, hails Puligny-Montrachet as “the greatest white wine commune on earth”. There are few who would dispute this grand statement. Domaine Leflaive is recognized as the beacon for the commune and therefore, by extension, it is the greatest white wine domaine on earth. From vintage to vintage, chardonnay, the grape from which white burgundy is made, has found its purest and most sublime expression in the wines of Domaine Leflaive.

The Leflaive family traces its roots in the commune back to 1717 and the domaine was established in 1905 by Joseph Leflaive, the grandfather of Anne-Claude. After Joseph’s death in 1953, his 4 children converted the domaine into a company thereby avoiding the fragmentation of their estate as a result of French inheritance laws (for example, the 4 children could have elected to split the estate into 4 estates of equal size). Their foresight laid the foundation for continuity in the pursuit of excellence in winemaking. Two of the children, Jo and Vincent, Anne-Claude’s father, joined hands to manage the domaine. They were the perfect team and propelled Domaine Leflaive to greatness.

One would have thought that Jo and Vincent, the second generation, have laid down the blueprint for continuity and brilliance for the next generation. Alas, it was not to be. With the death of Jo in 1982 and Vincent’s ailing health in the late 1980s, a successor had to be chosen. With the wisdom of Solomon, Olivier, Jo’s son, and Anne-Claude were appointed co-managers. Olivier and Ann-Claude did not see eye-to-eye on many matters and after the death of Vincent in 1993, their simmering feud boiled over. These flames of discord were quickly doused when Anne-Claude won the family’s support and was named the sole manager. But this quarrel exacted a princely toll. In 2010, Olivier reclaimed his family’s share in some of the choicest plots in Puligny-Montrachet which was previously under the aegis of the Domaine Leflaive including Chevalier-Montrachet, Batard-Montrachet and Les-Pucelles. In burgundy where prized holdings are counted in rows of vines, these are not laughing matters.

The main reason for the split with Olivier is that Anne-Claude wished to commit to a revolutionary approach to vineyard management. She wanted to convert to biodynamic farming and rid her precious soil of pesticides and weed-killers. At that time in the 1990s, these were unproven practices and everyone felt that she was tempting fate by tampering with the terroir. As befitting a visionary, she was not deterred and by 1999, she launched the domaine’s first wholly biodynamic wine. Today, all her wines are biodynamic and all top producers have embraced this concept.

By the time we finished a luxuriant lunch at Le Montrachet, it was time to head over to the domaine. We had the address but still could not find it. We asked the restaurant for assistance and they reluctantly gave us the necessary directions after we were able to convince them that we had an appointment with the domaine. Actually, it was just on the other side of the road but there were no signs to indicate that it was Domaine Leflaive. The French obviously treasures their privacy and have mastered the art of hiding in plain sight. As we crossed the courtyard, we ran into Anne-Claude. In contrast to the reserve of the surroundings, she received us warmly and chatted with us before the tasting. Her carriage and grace befits a sovereign but one can easily detect the steely resolve in her eyes. She epitomized the words in the domaine’s literature : “all the graces within an unbending character…”.

Did biodynamics make a difference? There was never any doubt in Anne-Claude’s mind and the results just affirm her expectations. In blind tastings of wines from those formative years (one plot farmed with past practices and the other from a biodynamic plot), the biodynamic wine was more pure and complex. It aged better and more importantly, it minimized a problem which has regularly bedeviled white burgundy, pre-mature oxidation. In her mind, the greatest reward is that vines treated in such manner yielded consistently good fruit even in very difficult climatic years.

There follows a highly anticipated tasting led by Antoine Lepetit. From 2009, we tasted Bourgogne, Puligny-Montrachet and Les Folatieres, premier cru. With these wines, Antoine sought to highlight the signature style of Domaine Leflaive across its more affordable range of wines. In its words, these 3 wines are true values and consistently perform well above its price tag. The Bourgogne is certainly the best generic white burgundy (whenever you see it, buy it). It is equivalent in quality to a village wine from Puligny-Montrachet at the very least and the Puligny-Montrachet is worthy of a premier cru. All 3 wines had classical citrus notes and a dash of minerality. The Puligny-Montrachet had more balance and energetic than the Bourgogne whereas the Les Folatieres had this additional expressiveness, focus and complexity and a lengthier finish.

As the piece de resistance, we tasted 2 grand crus from 2000, Batard Montrachet and Chevalier Montrachet (with a production of about 300 bottles, few including Ann-Claude have the opportunity to taste the stellar Montrachet). At age 13, the Batard is scaling the heights and hitting all the right notes; persistent fruit notes, freshness and intensity, it is all there. Then we find perfection in a glass with the Chevalier Montrachet; honeysuckle nose, smooth palate, silky texture and perfect balance. These are wines that soar and lift your spirit! 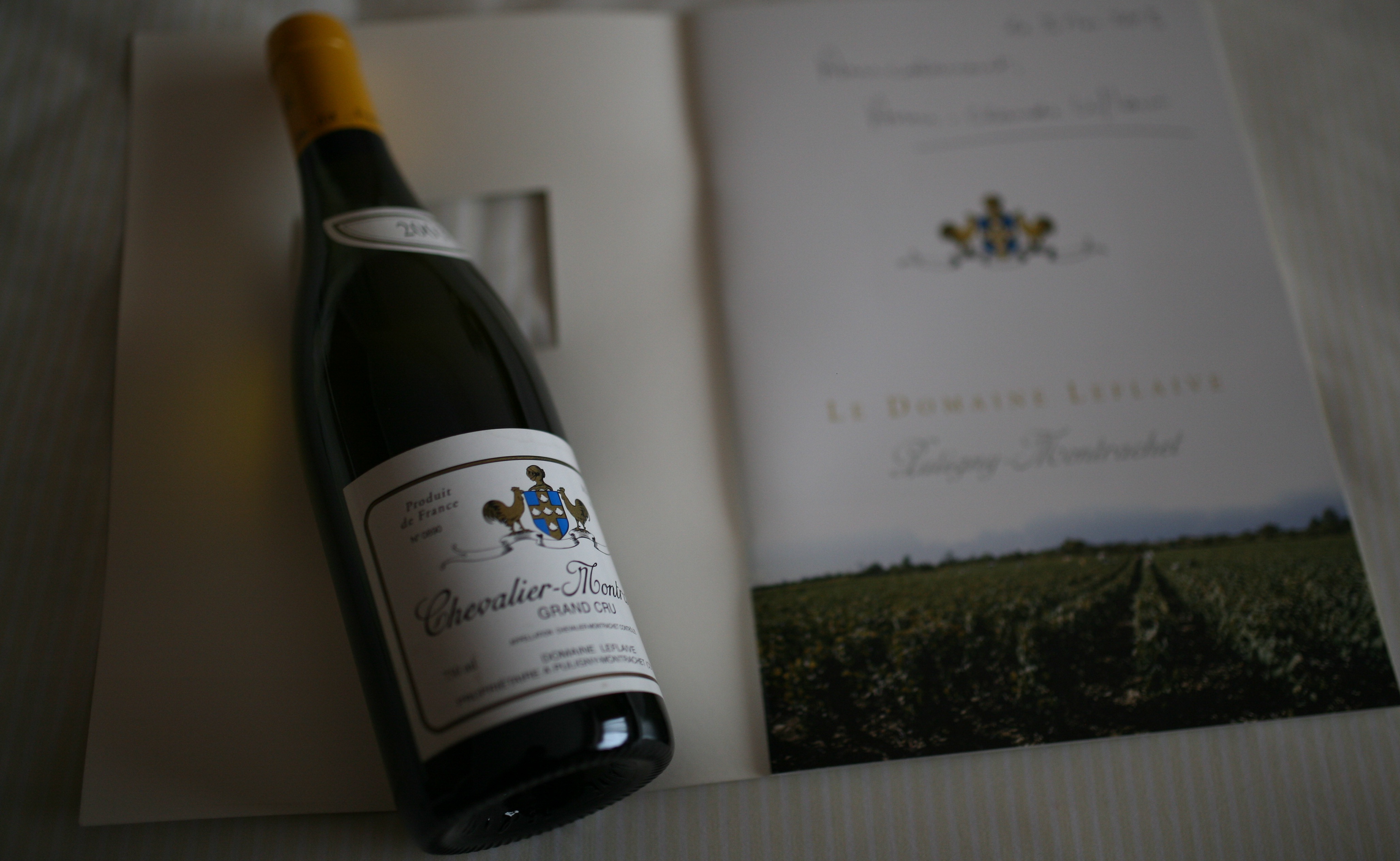