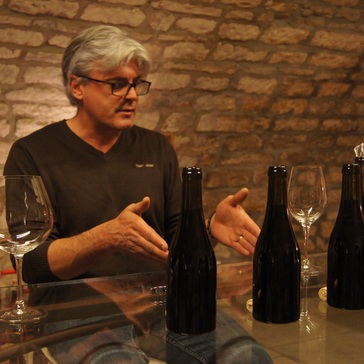 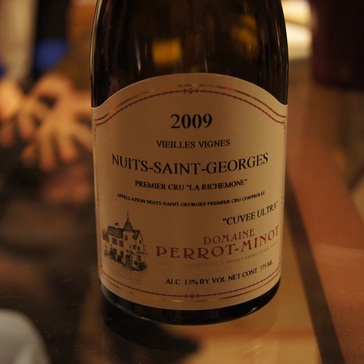 It is quite an achievement when your wines are compared to that of the legendary Burgundy vigneron, the late Henri Jayer. This is precisely the accolade which was bestowed upon the wines of Domaine Perrot-Minot by the authoritative French publication, La Revue du Vin de France. They described the wines as rich, exuberant, intensely perfumed and equal to the successes of Jayer. With the echo of these words, we went to meet the man behind the wine. On a May morning, with the sun shyly peeping out from the clouds, we met Christophe Perrot-Minot outside the portals of his 16th century mansion in Morey-Saint-Denis. After brief introductions, Christophe proudly ushered us into his cellar. As we descent down the steps, Christophe explained that we were first visitors to his newly renovated abode. We first passed a vaulted cave guarded by wrought-iron gates. Behind the gates laid cases of vinous treasures which comprise his prized wine collection. Next to it was the future tasting room with a ceiling made with staves from oak barrels, walls lined with wine shelves stacked with imperials and jeroboams. The décor was worthy of a spread in Architectural Digest. We finally found ourselves in a quiet and intimate room, away from the bustle of the workmen, where we enjoyed a very pleasant morning talking and drinking with Christophe.

As with many Burgundian winemakers, the domaine is a family business. For Christophe, there was never any question that his life would be in the vineyards. The estate can trace its history back to the middle of the 19th century. Henri, his father, ran the domaine until Christophe took over in 1993 at the age of 26. Many budding winemakers study viticulture and enology, others learn on the job. Christophe worked as a courtier (a wine broker) for 7 years before returning to his vines. With his clarity of pursuit, Christophe learnt the wine business from the demand side. From talking to him, one could tell that this perspective has made him very receptive to a changing world and a more complete winemaker.

With his boyishly handsome looks, wavy grey hair, dark-framed glasses, black T-shirt and faded jeans, he could easily fit into a Giorgio Armani commercial. This probably explains why he was a star in the acclaimed 2013 documentary on Burgundy, A Year in Burgundy. Apart from photogenic looks, he has a witty and urbane manner and none of the reticence which one often encountered in Burgundian winemakers. He candidly admitted that pricing and critic ratings are important to him because it allows him to benchmark his products. Without this acumen, it is unlikely that he would be able to negotiate the Byzantine politics of the land to acquire prime acres of vines in 2000 including that of Domaine Pernin-Rossin of Vosne Romanee. He now has 36 acres, 60% of which are grands or premier cru. In his world, there is no conflict between the spirit of a realist and an artisan because he is driven by the philosophy to “respect the terroir, to accept the nature of the terroir and the spirit of the wine”.

With his boundless energy, he makes 19 different wines. Even for wines such as Chambertin and Chambertin Clos de Beze where he has to purchase the fruit, he ensures quality by harvesting himself. His own vines are made from some of the best plots in Cote de Nuits. In Gevrey Chambertin, there is Charmes-Chambertin and Mazoyeres-Chambertin (grand cru); in Vosne-Romanee, Les Beaux Monts (premier cru) and Champs Perdrix, in Nuits-Saint-Georges, premier crus in Les Cras, Les Murgers and La Richemone; in Chambolle-Musigny, Les Baudes, Les Charmes, La Combe d’Orveau, Les Fuees; in Morey-Saint-Denis, La Riotte. In addition, there are village offerings from each of 5 villages : Gevrey Chambertin, Vosne Romanee, Nuits-Saint-Georges, Chambolle-Musigny and Morey-Saint-Denis. It is testament to his brilliance and superstar status that he is able to craft wine which is distinctive and representative of each of this plethora of terroirs. And he does this every year and vintage after vintage.

As his story ambles back to his childhood, he shared with us his memories of Henri Jayer. When he was a young boy, his neighbor was Jayer, the wizard of Burgundy, and he spent endless hours at his home. One could easily imagine Christophe pestering Henri Jayer with questions and raptly watching him work in the vineyard and the cellar. Jayer believes that a great young wine would make a good old wine and we find this accessibility in Christophe’s wine. More importantly, Christophe abides by Jayer’s lesson that you have to learn to be lazy to make good wine. This counter-intuitively means you have to know when to leave a wine alone. It goes to explain why many see some of the magic of the Jayer wines in the wines of Christophe.

The tasting affirms the stellar status of his wines. We started with his 2011 village, Gevrey-Chambertin and Morey-Saint-Denis. Even at this lowly level, the wine was fresh and elegant. Gevrey was accented with vibrant dark fruits and Saint-Denis had classical mineral notes. We then took a step up to the premier cru, Les Beaux Monts and La Richemone. 2011 Beaux Monts was fresh, dense and complex. As befitting its description as a cuvee ultra and the pedigree of 110 year old vines, La Richemone was spicy, rich, powerful and finishes with intensity. This is one of the best arguments why Nuits-Saint-George deserves a grand cru classified plot. Christophe believes that a grand cru classification would come soon and no doubt La Richemone would deserve serious consideration. Unfortunately, only 600 to 900 bottles are produced in each vintage. 2011 Mazoyeres Chambertin ably carried its weight as a top grand cru. A wonderful perfume greets the nose and it is clean, balanced and harmonious. For the grand finale, we tasted 2007 Chambertin Clos de Beze. It is still a remarkably young wine but its complexity shines, there were layers of aroma and texture couple with an alluring femininity. It is a virtuoso performance and it is no understatement to say that the apprentice has learnt well. 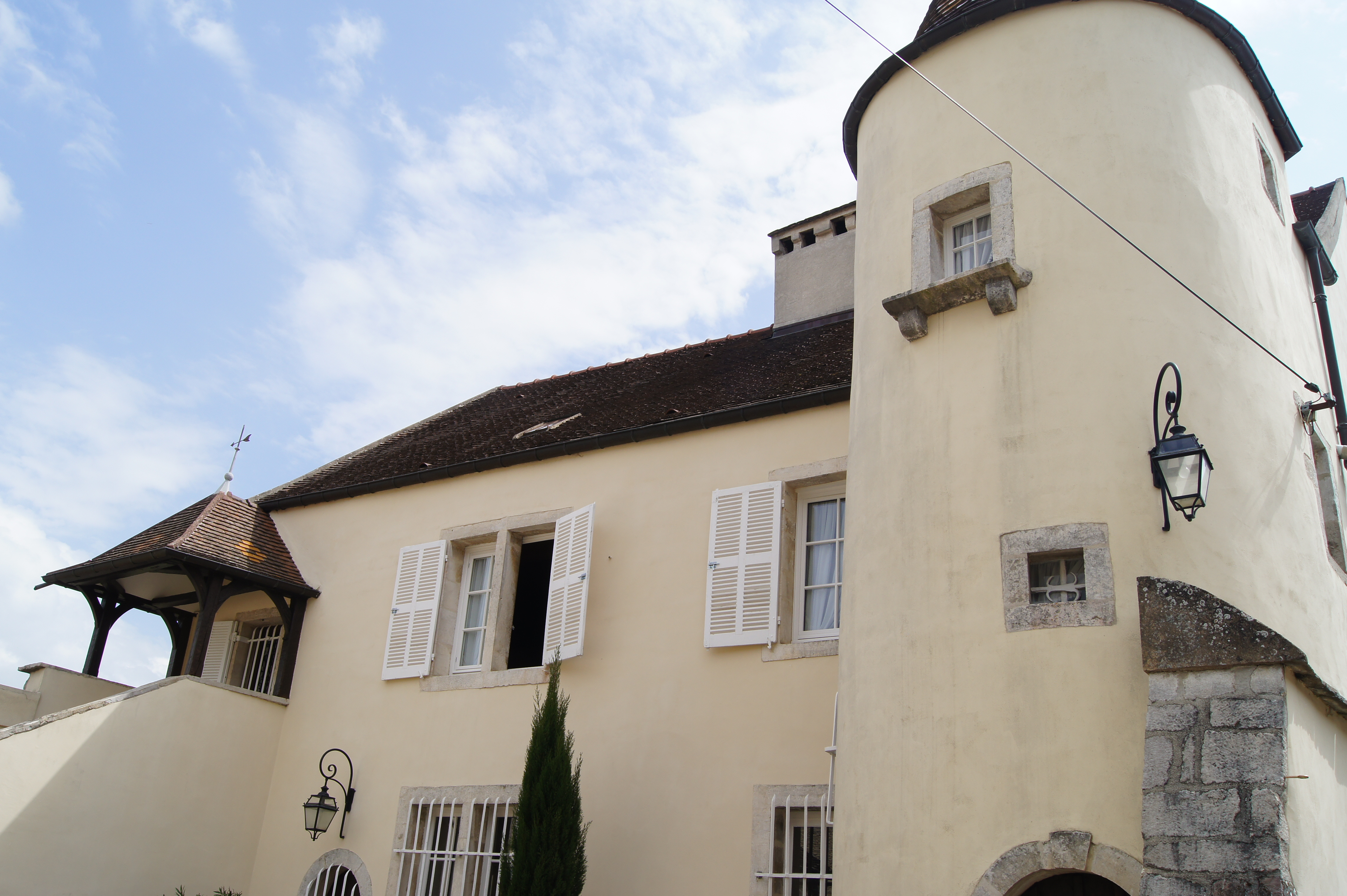