Anne Gros – Up Close and Personal 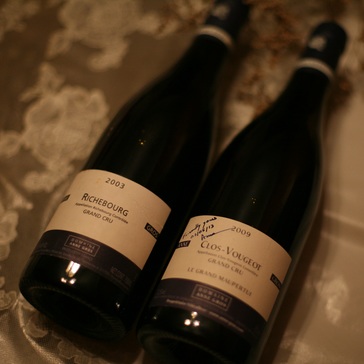 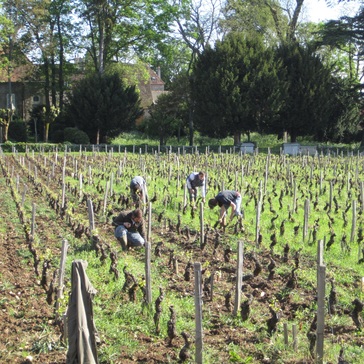 It has been our privilege to cross paths with the grand dames of winemaking in our visits to Burgundy. There is Lalou Bize-Leroy, the dowager who created the iconic Domaine Leroy and Anne Claude Leflaive of Domaine Leflaive, the queen of white burgundy. It would not be hyperbole to say that wine flow in their veins and their reins were pre-ordained. It may be less apt when it comes to this more recent addition to the constellation of stellar lady vintners, Anne Gros of Domaine Anne Gros. She is similarly the offspring of a historic winemaking family rooted in burgundy. However, whereas others contented and fought to run their domaines, Anne reluctantly assumed this role.

The Gros family is one of the first families of wine in Vosne Romanee (where their vineyards are side-to-side with Romanee Conti and La Tache). This accounts for Anne Gros still having a fair sliver of Richebourg, the priceless grand cru in Vosne Romanee, despite its fragmentation through inheritance. The patriarch was Louis Gros (whose Domaine Louis Gros disappeared with his passing). Louis has 4 children, one of whom was Anne’s father, Francois. Upon Louis’ death, his holdings were subdivided between each of his 4 children. Skipping pass one generation, these holdings have now become 4 domaines. Francois’ holdings became Domaine Anne Gros (before that, it was Domaine Anne and Francois Gros). Anne’s 3 cousins run Domaine Gros Frere et Soeur, Domaine Michel Gros and Domaine A.F. Gros. You need a family tree to unravel these domaines and that is what made burgundy such a minefield for the buying public.

Anne was an aspiring artist in 1988 when her father’s vineyards were thrust upon her at the tender age of 22. Her father has been ill and could not tend to his vines. Quality suffered and the wine had to be sold off in bulk to merchants. Anne was the only child and she accepted her filial obligations. When Anne recounts these early years, the perception that winemaking is glamorous is quickly dispelled. Times were hard and there was no money for improvements or help. It was a hardscrabble existence to make ends meet. A bad back from those lean years when she had to climb their hills to fetch her grapes is part of the toll that has been exacted by her. To compound her difficulties, she had a strict and uncompromising father who was extremely critical of her work. In our talk, she lamented that her father did not want to be misunderstood but “if you don’t tell us, we would never know”.

When we first met in May 2012, her domaine has already achieved superstar status. Although her cousins may disagree, her wines have easily eclipsed theirs in terms of quality. However, stardom has its price. While we talked, she sat at her desk trying to wade through a mountain of paperwork and telephone messages. She was juggling life as a wife, a mother, a winemaker and a wine merchant. In short, she was harried. Initially she grudgingly allowed me 15 minutes but we ended up talking for almost an hour. Like a great burgundy, her complexity shines as she opens up. She was wonderfully frank and articulate and has the soul of an artist. Her recurring theme is that it is necessary to be “human” and enjoying wine is one of the essences of being human.

In her wines, she seeks purity and detail without over indulgence. She achieves this by paying attention to the smallest detail and constantly monitoring the state of her vines. She stresses the importance of picking at the right time which gives the wine precision. In this respect, she modestly accepts that intuition is indispensable and believes that wines attain greatness when all its disparate elements are in harmony. When I drink her wines, I am captivated by the femininity which they exuded, even for Richebourg which one usually associates with power and masculinity.

By the time I visited her a second time in 2013, she appears to be less harried. She has found someone to help with her paperwork. On the other hand, it may well be that she was just a little more comfortable with us. I have similar feelings which explain why it took 2 visits for me to pen this article because I did not feel that I could do justice to her without getting to know her a little bit better.

On this occasion, she was fretting about sending her teenage boy to Hong Kong for the summer. Although she wanted to wean her son from videogames (probably wishful thinking on her part), she was concerned because he has never left home. From a concerned mother, she quickly switched back to a businesswoman when she answered a call from one of her business associates, it was then back to a winemaker as she generously offered to guide us to a tasting of her 2012s. Whilst we were barrel tasting with her at the cellars, her eldest daughter, also a teenager, was ably guiding another group of visitors through a tasting. This is a fascinating milieu where family, business and wine intersects.

As we tasted from barrel, she explained that 2012 was a difficult year. In particular, old vines did not fare well in the cold weather. She lost 60% of her grand cru production. Bourgogne Hautes Cotes de Nuits displayed excellent acidity and ample elegance. Chambolle-Musigny La Combe d’Orveau was full of red fruits and was alluring on the finish. Unfortunately, we could not taste Vosne Romanee Les Barreaux because frost has reduced her production to 3 barrels. Pausing here, she explained that 2012 is where the skill of the winemaker is essential. She was very pleased with her 3 grand crus : Echezeaux, Clos de Vougeot and Richebourg. She especially likes Echezeaux because the vines were only 25 years old and could withstand the frost. It was well-textured, concentrated and balanced and undoubtedly exceptional. There are only 2,000 bottles of Clos de Vougeot (usually 4,500 bottles), it has dark fruits on the nose and palate and great depth. The piece de resistance is Richebourg. It was perfumed, intense, fresh and full of finesse, a wine of true breed. Throughout the tasting, she offered many insights into her style and character. The lingering touch is her explanation for the shade of blue being the colour scheme for her winery and label… she said it was the colour of the grapes when it is ripe and at its apogee. Like her wines, Anne is multi-dimensional and the wine world is so much richer with her presence. 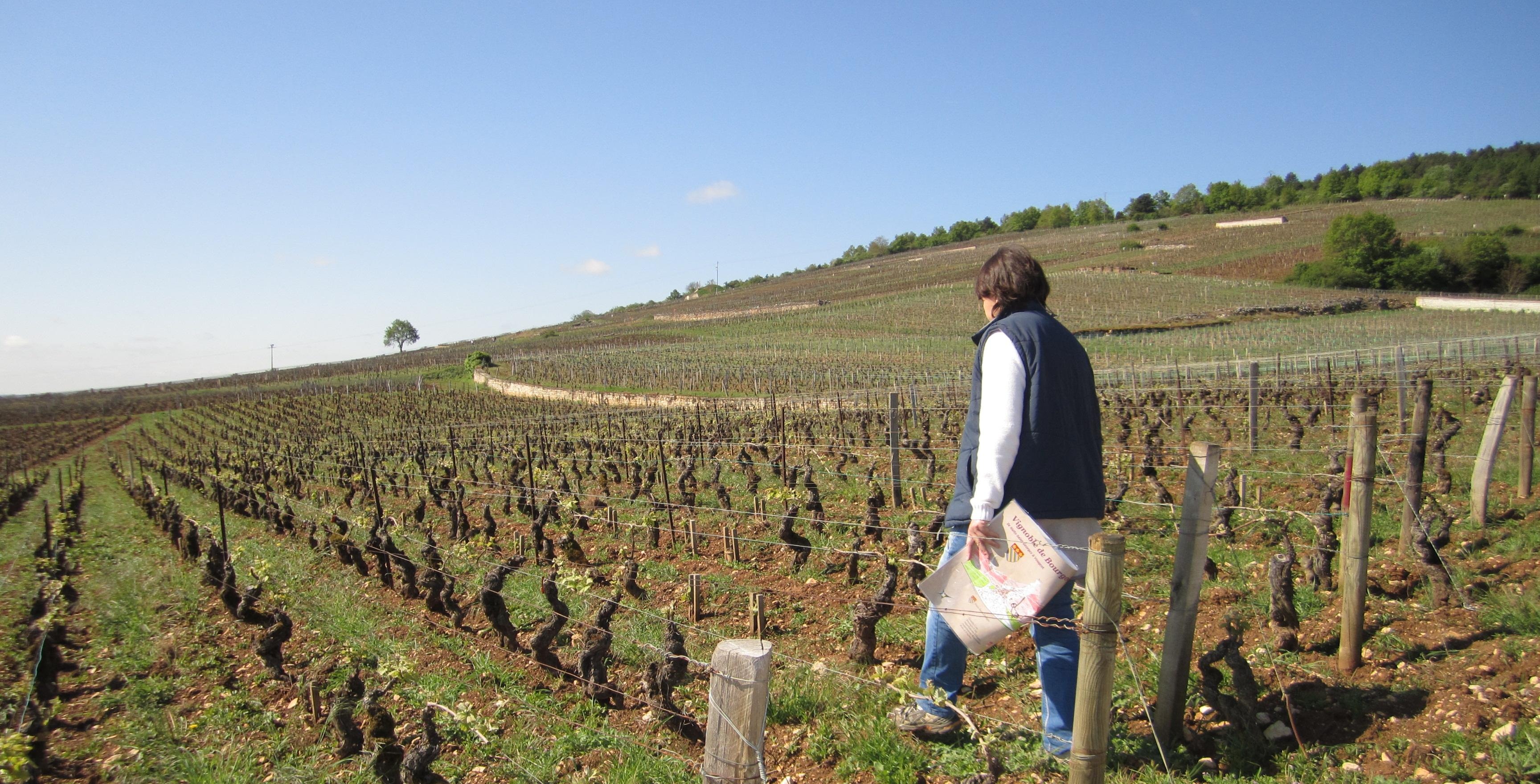