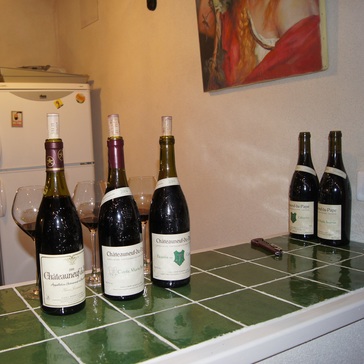 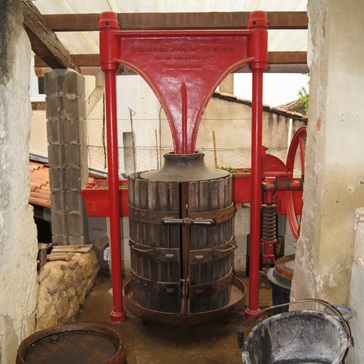 When you are granted an audience with the king, you dare not be late. Alas, our path seems always to be strewn with obstacles. On this occasion, we somehow misplaced our interpreter. So the French visitors who formed the majority of our contingent of tasters had to wait for this last arrival. The wait seems interminable and judging from the terse exchanges on the telephone between our host and our interpreter, the delay was not particularly welcomed. After our interpreter arrived, the group left the café where we had our rendezvous and strolled down the streets of Chateauneuf-du-Pape to the king’s palace. We followed along as unobtrusively as possible.

Chateauneuf-du-Pape is a small medieval town in southeastern France about a 90 minutes’ drive from the historic port of Marseille. The name literally means “the Pope’s new castle”. In 1308, Pope Clement V relocated the papacy from Rome to the city of Avignon and it remained the papal seat for over 70 years. In 1320, Pope John XXII built his summer palace at Chateauneuf-du-Pape. As the home of the Popes and ergo, the centre of the Roman Catholic Church, the region enjoyed unrivalled prosperity and fame. As befitting their exalted station, the procession of Popes who resided there had an exacting demand for temporal pleasures. To meet this demand, great improvements were made in viticulture in the region so that there would be a supply of worthy wines for the Popes. This wine came to be known as “Vin du Pape” (the Pope’s wine) and now as Chateauneuf-du-Pape (or just CDP). Therefore, bottles for the wine of Chateauneuf-du-Pape have the distinction of being embossed with the papal seal.

As we strolled down its narrow streets, you cannot escape the sense of history and tradition which permeates the town. We eventually stopped at a village house which is indistinguishable from other houses which flanked it. It was not regal or stately but it was the home of Henri Bonneau and to us, it was the house of royalty. We were greeted by Mr. and Mrs. Bonneau and Marcel, their son and heir apparent. Our host was Daniel Combin whose name-card describes him as the exclusive distributor of the wines of Henri Bonneau. From his demeanor and no-nonsense approach, he was obviously a trusted friend of the Bonneau’s and their de facto majordomo and he ably orchestrated the proceedings. All the visitors introduced themselves and I felt my voice nervously cracked when it was my turn. Matters did not improve when Mrs. Bonneau unwrapped the momento that I presented and found it to be broken. I left Mrs. Bonneau totally mystified as to what I intended to give her. In olden days, emissaries are drawn and quartered for lesser faux pas.

Fortunately, all was forgotten when the party relocated to the cellars. I have already said that each winery is unique but for Henri Bonneau, this would be an extreme understatement. Nowadays, cellars are invariably immaculately clean and organized. His cellars are exactly the opposite. We now know why Mrs. Bonneau did not join us in the cellars; she could not possibly stand being associated with such a mess. The floors were dark and dank and a hole in it covered by a metal grill serves as our spittoon. Everything in it looks positively ancient (the domaine dates back to the 18th century). Barrels are stacked haphazardly. We were surrounded by cobwebs and mold. Stairs leading to the lower levels were irregular and damp. Nooks and crannies abound with dusty bottles lying about. Hollywood could not find a better location for a haunted house. Although the conditions of the Bonneau cellars are legendary, it has to be seen to be believed.

As we surveyed the scene in amazement, Henri sat on his throne, an upended barrel and watched us in bemusement. Dressed in his uniform of a beret and denim overalls, he looks like an aging Huck Finn. In his approach to winemaking, he is more of a benevolent dictator. He has made wine in the same way since his first vintage in 1956. He crafted his wine from low yielding vines of between 30 to 50 years (he does not like wines older than 50 years) and harvests late. Although he is permitted to use 13 varietals for his blend, he relies on his beloved Grenache which usually comprises about 90% of the blend. He adds a dash of Mourvedre, Counoise and Vaccarese but surprisingly does not use Syrah. His domaine covers a measly 6.5 hectares but most of it is in La Crau, the best site in all of Chateauneuf-du-Pape. He believes in barrel aging but it can be from anywhere from 2 to 6 years. He decides from constant tastings as to when the wine is ready for bottling. He bottled basically 3 wines, Reserve des Celestins (a superstar in the wine world which he described as his Grand Vin), Cuvee Marie Beurrier (a more feminine style which he calls very good) and the merely good which is his Chateauneuf-du-Pape. The quirk is that he does not decide what his wine would be bottled as until he bottles it. Therefore, even he cannot say when a particular vintage would be released and what it would be bottled as. In some vintages, a particular cuvee is not bottled at all. For example, the 2006 Reserve des Celestins was not bottled until 2012 and the 2008 was bottled and released before 2007. This is a winemaker with a touch of genius masked with a sense of mischief.

In quick succession, Marcel plyed us with a series of wines from barrel. We tasted what should eventually be the Celestins and Beurrier from 2007 all the way through to 2010. It was then followed by a 2005 Celestins from bottle. For regular drinking, there was the non-vintage Les Rouliers, a blend of 2 vintages with his declassified CDP grapes. Celestins that we tasted was luscious, full-bodied and smoky and its superstar status is well deserved (a big vintage is 1,500 cases). Beurrier was lighter in body and more elegant. Throughout the tasting, Henri was in good spirits and held us enthralled with his homilies and stories. He well deserved his crown but he is a man of the people.

Vinsionaire tip : although the prices of Henri Bonneau wine have remained earthbound, it is a great wine that improves with age and is as rare as top Burgundies, a great wine for drinkers and collectors alike. 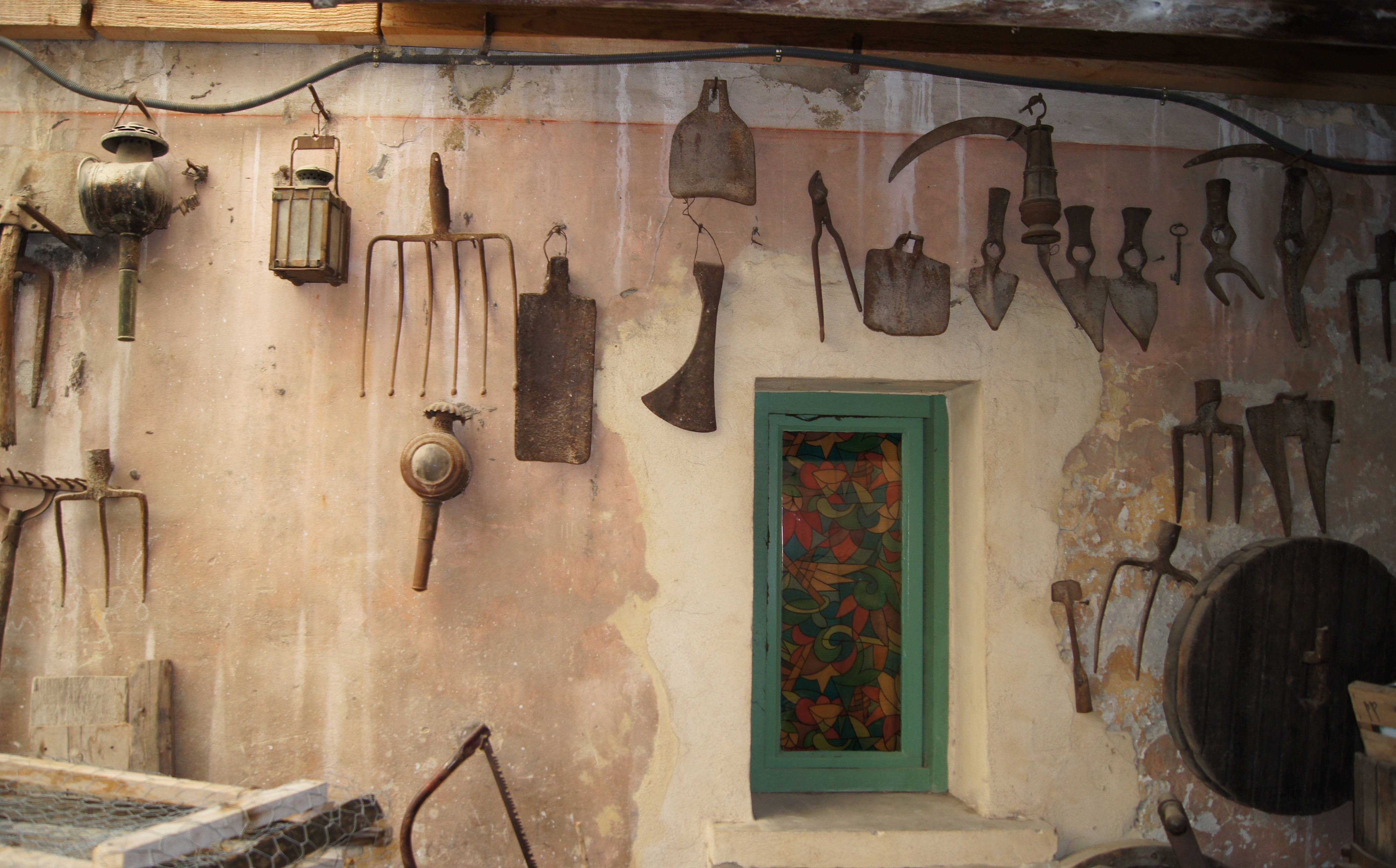