Clinet Up Where They Belong! 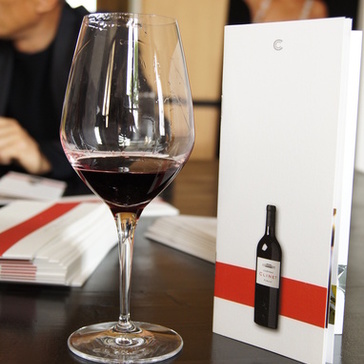 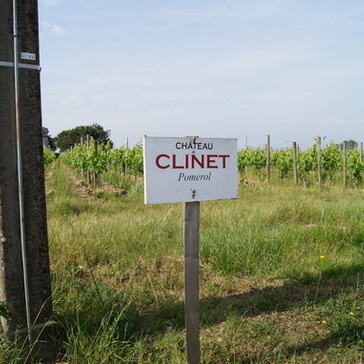 For such a high-rent district, Pomerol is decidedly nondescript. In contrast to the Left Bank, this tiny commune on the other side of the Dordogne River does not bear any landmarks and there are no grand chateaus to be seen. The centre of Pomerol comprises of a church and a few houses and it is a village in the true sense of the word. However, it lays claim as being the home of some of the greatest wineries in the world. Leading the possession would undoubtedly be Petrus. Following close behind would be renowned labels such as Lafleur, Le Pin, La Conseillante, Trotonay, Vieux Chateau Certan. Based on recent performance, a strong argument can be made for Clinet as being the first amongst equals.

In terms of size, Chateau Clinet would fall roughly in the middle of the eighty odd wineries which dot Pomerol. For this area, over 20 hectares would be considered huge whereas many chateaus would only have a few hectares under vine. Clinet has about 9 hectares planted with merlot (85%), cabernet franc (10%) and the rest being cabernet sauvignon. In terms of terroir, it would be at the head of the pack because it is one of the few chateaus located on the highest ground in the area (only Petrus commands a higher perch). Nature has blessed Clinet with a wonderful combination of soil type, drainage and exposure.

The story of Clinet would illustrate that great terroir must be coupled with winemaking skills. In the 19th century, Clinet belonged to a succession of wine families, the first being the Arnuad family which owns Petrus and subsequently by the Constant family which was involved with Lafleur-Petrus. After frost destroyed the vineyard in 1956, it was replanted but the domaine remained neglected.

The Audy family purchased Clinet at the beginning of the 20th century but the rejuvenation of Clinet did not begin until the late Jean-Michael Arcaute, who married into the Audy family, assumed the mantle in the 1980s. Arcaute bought in the noted oenologist, Michel Rolland, to rebuild the reputation of Clinet. They abandoned machine-harvesting, introduced later harvesting for riper fruit and extended the time for the wine to remain in oak barrels. These rigorous practices brought immediate dividends in the forms of a perfect score from Robert Parker for the 1989 vintage, followed by a 97 for 1990. A perfect score speaks for itself but the 1990 was also formidable in that it kept improving with bottle age (it was increased to 97 after a major retasting of wines from 1990 by Robert Parker in 2011).

Under the auspices of Arcaute, Clinet showed that it could produce magnificent wines. Unfortunately, it was not able to achieve a consistency of quality that one would have expected. From 1991 to 1998, the wines generally underachieved (save for 1996). In 1998, the Laborde family purchased Clinet and it is now managed by the young Ronan Laborde.

By the time we arrived outside Chateau Clinet in May 2011, the chateau has again reestablished itself as one of the top wines from Pomerol. The chateau is housed in a modest 2-storied French cottage fronting a country road. The only signs marking its presence are the word Clinet inconspicuously inscribed above the entrance and a tiny sign on a small post on the opposite side of the road. As our host has warned us beforehand, we needed very accurate directions and a portable phone in order to find our destination. In contrast to the regal landmarks in the Left Bank, the exterior was charmingly rustic.

On a beautiful sunny day (which seems to be the standard when you visit a winery in Bordeaux), we were guided inside. We were greeted by a comfortable room divided by a metallic spiral staircase in the middle. Inviting sofas and armchairs dotted one side and a dining/tasting table was on the other side. Facing the tasting table was a window showcasing barrels of the Clinet wine. If James Bond of 007 fame was a winemaker, this would have been his lair.

The allusion to James Bond is even more apt when you meet Ronan Laborde. If I was casting for Bond, he would be a perfect fit. Tall, dark, fit and handsome. To top it off, he has an easy charm. For our female readers - he also confirmed that he was single (actually this question was posed to him by one of the girls in our group).

We inspected the chamber housing the vats which adjoined the house and then was led to the room housing the barrels. Along the way, we were given a clinical rundown of their winemaking processes. We then returned to the tasting table. The whole operation has a modern artisan feel and was remarkably cozy.

By 2011, Ronan has fashioned a number of outstanding vintages. When we arrived Parker has just released his rating for a barrel tasting of the 2010 vintage, he gave it a 95-98. For the 2009, he has already given it a rating of 97-100. When you are reading this article, you would know that Parker has already confirmed a score of 100 after a tasting of the 2009 vintage in bottle. Although Ronan was decided modest when asked about this string of remarkable achievements, you could discern that he was proud of the turnaround. Here, natures endowment, ambition and ability have been perfectly blended to produce wines of timeless beauty.

Alas, our tasting was of the 2005, 2008 vintage and their 2nd wine, Fleur de Clinet. Whereas the average annual production of Clinet is less than 40,000 bottles, the production of their 2nd wine is even less because it is made from fruit which is deemed not to be good enough for the flagship wine. Ronan explained that the selection for the 2nd wine is also quite severe to ensure that the quality does not suffer. The Fleur that we tasted was certainly rounded and well made. As the price of their 2nd wine is well below that of the main wine, Fleur de Clinet represents outstanding value for quality (find it if you can!).

Although we did not taste the 2009 or 2010 vintages, the 2005 and 2008 were excellent choices because it demonstrated the evolution of Clinets wine. The 2005 had very good fruit and the cabernet sauvignon gave it structure. However, it was marred a slight lack of concentration and complexity. The 2008 shows the continual progress being made by Clinet. For a supposedly weak Bordeaux vintage, the wine was excellent. There was a perfect balance of freshness, fruitiness and fleshiness. This was a marked improvement on the 2005. Robert Parker gave it 94+ but it should easily surpass 95. I would expect this to be the last affordable Clinet.

The 1989 and 1990 were two milestones for Clinet. The accolades being received by 2009 and 2010 suggests that they should be worthy rivals. With Ronans youthful and boundless energy, Clinet should have no problem in exploiting the fullness of its terroir.

Although I am not a fan of buying wine futures, a worthy exception may well be Clinet. At about $12,000 a case for 2010 and delivery in 2013, it looks like a pretty good bet. The perfect 2009 (now available) is almost double that price and going fast.

By the time we arrived outside Chateau Clinet in May 2011, the chateau has again reestablished itself as one of the top wines from Pomerol 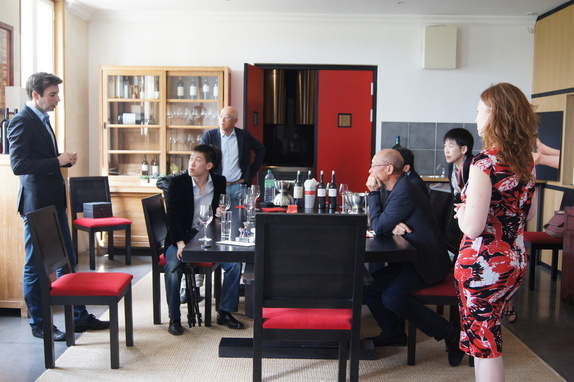