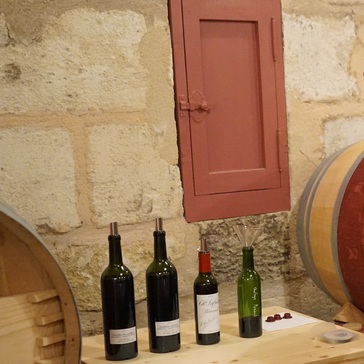 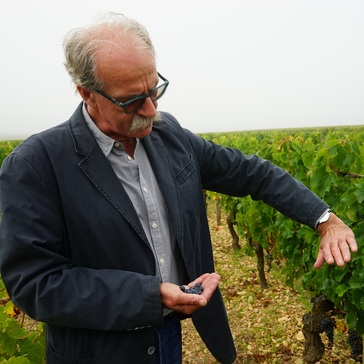 Although determined to arrive in good time, we found ourselves meandering on the country roads of Pomerol as our hour come and past. Even with a map from our helpful host, we could not find our destination. After several telephone calls, we saw a person trotting up a dirt road waving to us. This road led to a modest farmhouse which has been artfully camouflaged and shielded by a row of imposing trees. We have arrived at Chateau Lafleur, one of the icons of Bordeaux, and by extension, the wine world.

Waiting patiently for us at the end of the road was its inimitable owner, Jacques Guinaudeau, with his signature grey handlebar moustache. Casually clad in a shirt and denim jacket, he looks every part the gentleman farmer. Brushing aside our apologies, he asked us whether we have an hour (which eventually turned into 2 hours). On this note, we embarked on one of the most fascinating visits which I have had the privilege of being a part of.

We started with a bit of history. The vineyard dated back to 1872 and has remained the same size to the present day, about 4½ hectares (less than 45,000 square meters). The founder was Henri Greloud. In 1915, Andre Robin who was married to one of the descendents of the Grelouds purchased Chateau Lafleur. By that time, the wine has already established itself as a worthy rival to Petrus. Marie and Therese, Andre’s daughters, took over the estate in 1946 and devoted their lives to it. Under their loving care, legendary wines were fashioned in 1947, 1950, 1961 and 1982! The sisters had no children and after Therese passed away in 1984, Jacques and Sylvie Guinaudeau, the great, great grandchildren of Henri, returned to the folds under a leasing arrangement. When Marie passed away in 2001, the Guinaudeaus became its sole owner and they were joined by their son, Jacques, and his wife, Julie.

Standing in front of his beloved vineyard, Jacques pointed out that the vineyard is almost a perfect square with 220 meters on each of its sides. You can dash up and down its width and length without breaking into a sweat. It is miniscule even by the standards of Pomerol, an appellation characterized by small vineyards. Although it is less than 40% of the size of their neighbor, Petrus, they similarly occupied the highest perch in Pomerol. For winemaking, that made all the difference in terms of soil diversity and drainage. The soil is poor, making it ideal for vines as they engaged in a Darwinian struggle to survive.

Jacques notionally sub-divided his holdings into 4 parcels with its own unique soil characteristics. There is a parcel with plenty of gravel yielding small but concentrated fruit. Another has more clay in its sub-soil which is best for cabernet franc. There is soil with more sandy sub-soil which imparts fruit to the wine. Finally, there is a little valley which has deep soil and has excellent moisture retention; their fruit is the soul of the wine. From this soil, the fruit is blended into a wine with 50% merlot and 50% cabernet franc which is unique for Pomerol where merlot is invariably dominant.

The portrait is distinctively Burgundian, a theme which Jacques himself alluded to several times. The similarity to a Bourgogne grand cru is unmistakable. It is a tiny plot (La Tache is 6 hectares) which boundaries have stayed the same for eons. The vineyards have distinctive terroirs which have been jealously guarded by the same family through its history. Each vine is lovingly cared for or as Jacques would aptly describe, meticulously “gardened”. The Burgundian ethos of minimum intervention and purity of expression prevails in the way the land is worked and the wine is made.

When we visited on that early September morning, the vineyard was picturesquely framed by the sun shrouded in the morning fog. We were fast approaching harvest and the vines were picture perfect. Lying on the soil were grapes which have been pruned for green harvesting (discarded from the vines so that the remaining fruit could capture all the available nutrients). If I was the owner, I would shudder to see such fine fruit going to waste. However, this is the sacrifice that one must make in the pursuit of perfection. Jacques then carefully remove more fruit from the vine for us to taste, it had the delicious taste of the finest berries. This has all the hallmark of a great vintage after a very difficult 2013. As Jacques explained, the best vintages are vintages that take care of themselves. I ventured to ask about the harvest date and how the decision is made. Jacques candidly observed that the importance of the harvest date is just media hyperbole because by harvest time, everything has been determined by the work in the vineyard. Since their production is small and a full compliment of workers are available to harvest at a moment’s notice, this was essentially a non-factor for Lafleur.

We then proceeded to a small barrel room which barrels were awaiting wine from the 2014 vintage. We tasted 2013 Pensees de Lafleur. As Jacques was quick to point out, Pensees is not a second wine because the fruit comes from a distinctive parcel in the estate. He calls it his premier cru. True to his word, this wine was medium-bodied, fresh and accessible. Paradoxically there usually is less of this wine (<4,000 bottles per year) than the Lafleur (9-12,000 bottles). Onto 2013 grand vin with its penetrating and refreshing red fruits. There is an undeniable complexity and structure (Neal Martin, the main man at Robert Parker’s Wine Advocate, actually likes it much more than 2013 Petrus). As a lot of fruit went into Pensees and not Lafleur in 2013, Pensees is a great buy. We then had the pleasure of tasting the other worldly 2009. The aromatics (sensuous) and palate (velvety smooth) was Lafleur as its pinnacle, a wine that you do not spit out (I didn’t)! 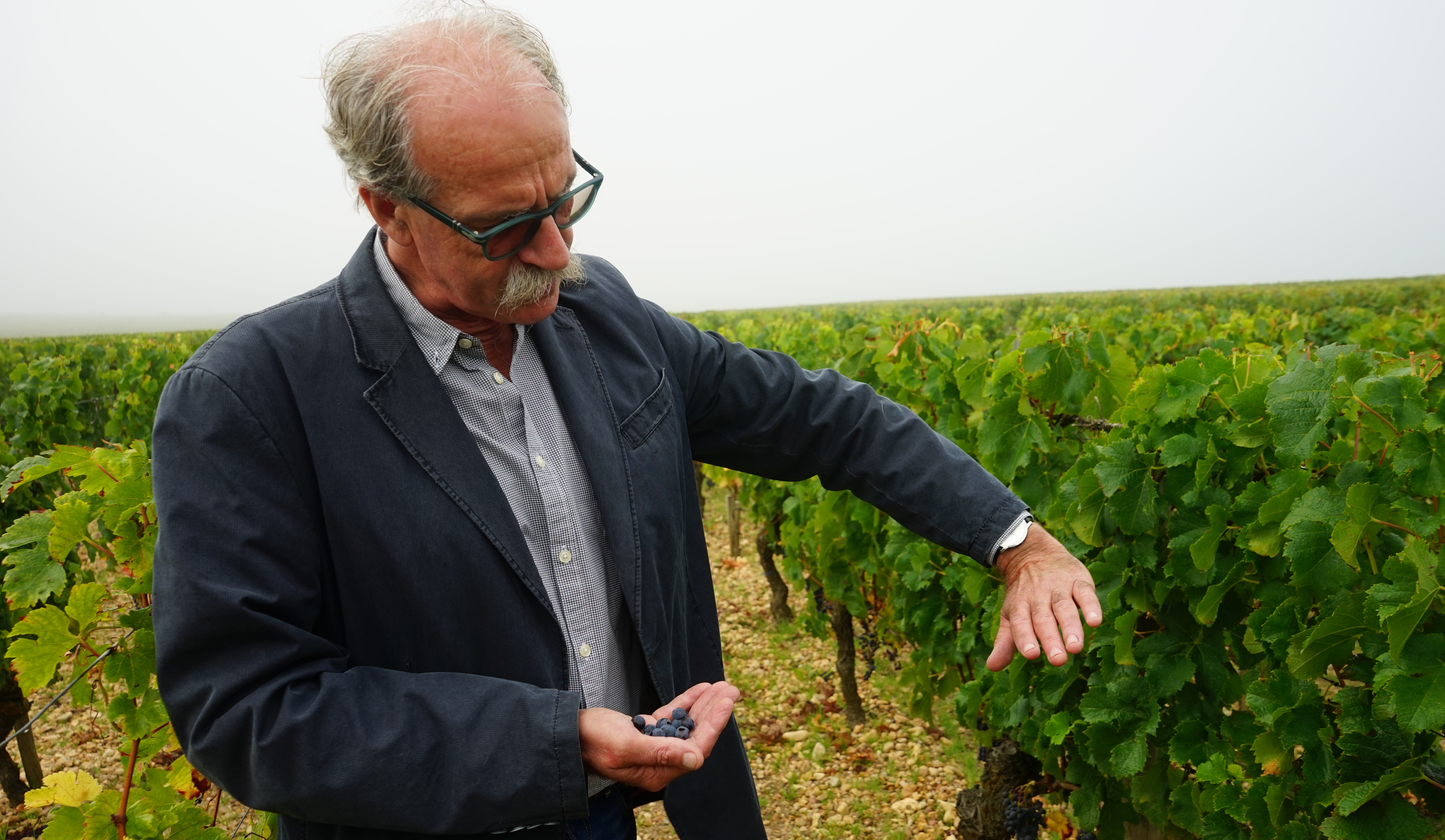