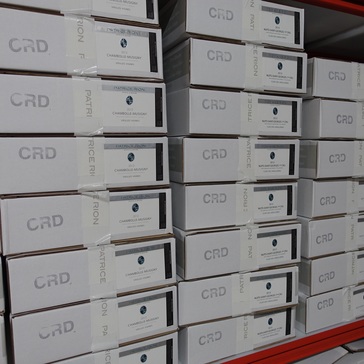 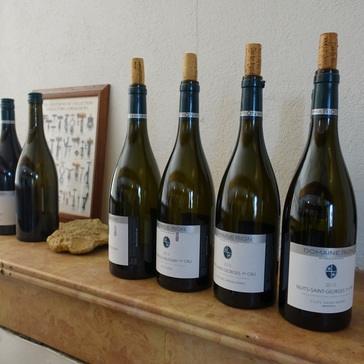 Political backstabbing, tribal feuds, sibling rivalries… it may well be the script for Game of Thrones but I am actually referring to the real life stories from Burgundy and fertile ground (pardon the pun) can be found in Nuits-St-Georges. Cote de Nuits encompasses 9 major appellations. The vineyards run parallel to Route N74 traveling from north (Dijon) to south (Beaune). The minor appellations would be Marsannay and Fixin in the north and the Cote de Nuits-Village which serves as bookends (because it encompasses vineyards in the southern end and Fixin). Sandwiched between these minor appellations are the names that define the pinnacle of red Burgundy. Anyone with a passing knowledge of wine would know of Gevrey-Chambertin, Chambolle-Musigny, Clos de Vougeot and Vosne-Romanee. Less recognizable would be the saints, Morey-St-Denis and Nuits-St-Georges.

Gevrey, Chambolle and Vosne are villages who have achieved renown by attaching their names to a grand cru vineyard. Each had the advantage of having a worthy champion, hence, Gevrey-Chamberin, Chambolle-Musigny and Vosne-Romanee. Clos de Vougeot had the benefit of a rich history [with the first mention of a clos (walled enclosure) in 1211] and being designated as grand cru in its entirety. Morey-St-Denis has somehow been casted into the shadows by its more illustrious neighbors. In the north, it is dwarfed by Gevrey-Chambertin with 454 hectares compared to its measly 136 hectares. To the south is Chambolle-Musigny with its bevy of stars. It probably did not help that its mascot, the grand cru Clos St-Denis never really attracted a following. On the other hand, they have a dearth of choice because there are only 3 other grand crus all with clos as a prefix, Lambrays, Roche and Tart. However, they can take solace that they have grand cru vineyards like their other 4 brethren.

This brings us to Nuits-St-Georges. St-Georges is derived from Les Saint-Georges, a vineyard with more than a 1,000 years of history. In his seminal work on wines of Cote d’Or in 1831, Dr. Marelot proclaimed Les Saint-Georges as being equal to that of the Romanees, Richebourg and La Tache of Vosne-Romanee. Prior to the 20th century, it was unanimously regarded as top flight. This appellation also does not lack in size, it has 322 hectares of vines. Its 147 hectares of premier cru vineyards is unrivalled in the Cote de Nuits (with the next closest being Gevrey-Chambertin with 84 hectares). Unfortunately, they do not have one grand cru to its name. Why this anomaly?

The account is that Henri Gouges, the then mayor of Nuits-St-Gouges, lobbied against the promotion of one or more of its vineyards to grand cru status when he was commissioned by the regulatory body, INOA (Institut National d’Appellation d’Origine), to identify such sites in the 1930s. One explanation is that he wanted to avoid higher taxes (as grand cru land is levied at a higher scale than lower-ranked sites) because his domaine owns substantial acreage in the sites most likely to be promoted. Another explanation is that he wished to preserve harmony between owners whose sites may otherwise be denied promotion. The final explanation is that he was simply being humble.

In any event, that was the fait accompli! In 2009, several winemakers including Thibault Liger-Belair, Erwan Faiveley, Jerome Chezeaux and ironically, the descendants of Henri Gouges petitioned INOA to promote Les Saint-Georges to grand cru status. So far, nothing has come of it but it has already created a lively controversy. Firstly, self-interest has immediately reared its head in the form of other domaines questioning why their sites are not being reconsidered, such as neighboring plots Les Vaucrains and Les Cailles. Secondly, plaudits have taken sides in arguing whether Les Saint-Georges or other plots in that appellation is worthy of grand cru status. The nays argued that it does not match the grand crus such as Richebourg or Musigny. Secondly, if Cros Parantoux of Vosne-Romanee, Les Amoureuses of Chambolle-Musigny and Clos St-Jacques of Gevrey-Chambertin are not promoted, then Les St-Georges should not be promoted. My 2-cents’ worth is that they are missing the point, grand cru is based on terroir and it would be unreasonable to suggest that Les St-Georges does not have grand cru pedigree or potential. There are many grand cru that does not live up to its class, Clos Vougeot and Corton springs to mine. On the other hand, grand cru wines are being made from these lesser grand crus. It is inevitable that some grand cru are more equal to others and it would be unfair to deny grand cru status simply because it does not match the best of the best. Great wines are made when you have the incentive to make great wines and having a grand cru could serve to invigorate and elevate the whole of Nuits-St-Georges.

Given the substantial area in Nuits-St-Georges appellation, there are variations from area to area. The northern most portion abuts Vosne-Romanee and one often finds the character of Vosne-Romanee, elegance and silkiness, in wines such as Aux Boudots. We then have the middle portion which is near the village of Nuits and this is where we find Les Saint-Georges and Les Cailles. Crossing south into the commune of Premeaux (which form part of the Nuits-St-Georges appellation), we have Clos de la Marechale at the southern tip. This is a monopole, the whole vineyard is owned by the famed Mugnier family of Chambolle-Musigny, and it yields a white and a red wine with the red showing a distinctively Chambolle character.

Another story within the story is the origins of Domaine Michele and Patrice Rion. Patrice was originally one of 3 brothers running the family domaine, Domaine Daniel Rion. It did not work well and by 2000, Patrice was not even on speaking terms with his 2 other brothers and there were constant snipping between them. In an interview with a prominent wine magazine in 2000, one of the brothers said he was the winemaker since 1978 and Patrice retorted that this brother actually just brought in grapes on a tractor. Patrice started his own domaine in 2001 and when we visited him recently, he was happily ensconced as the master on his own destiny. We tasted 2013 Clos des Argillieres (premier cru) and Les Terres Blanches (a white wine) and from Chambolle-Musigny, Les Fuees (premier cru) and Les Cras (village). Patrice was expressly proud of his Les Terres Blanches (since white is the exception rather than the rule in this appellation) and it was an energetic blanc with complexity and freshness. The Argillieres represented the robust and textural character of the appellation. The Chambolle wines were well-crafted and show their signature elegance. I shall look forward to tasting my bottles of his Bonnes Mares and Les Amoureuses.