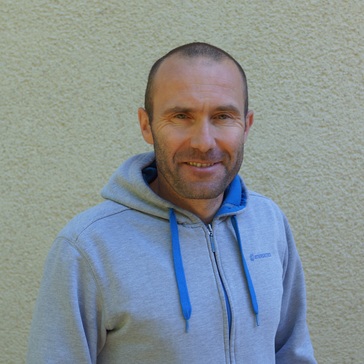 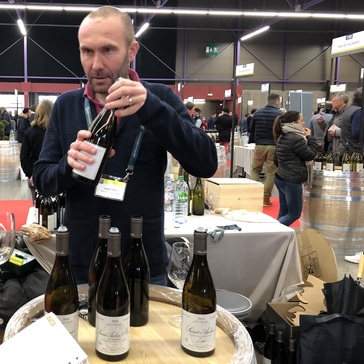 Burgundy is essentially separated in 2 halves with Beaune at its midpoint. North of Beaune would be the great pinot vineyards of Gevrey-Chambertin, Chambolle-Musigny and Vosne-Romanee. Heading south from Beaune, pinot vineyards in Pommard and Volnay would give way to the stellar chardonnays of Meursault, Puligny-Montrachet and Chassagne-Montrachet. As you sped along D974, signs proudly proclaiming these villages appear at a dizzying pace. Once you pass Chassagne and steep hills loom on the horizon, one would surmise that this would end your scenic drive through Cote d’Or (the golden slope). If you did, as many before you have done, you would have missed a worthy detour to Saint-Aubin.

In order to reach Saint-Aubin, you would have to veer right off D974 onto Rue de la Chateniere. Although it is nothing more than a narrow gravel road, it is effectively the Main Street of the commune. It is dotted with a motley collection of village houses and shadowed by vines on the steep hills rising around it. It bears none of the gentile elegance of Meursault and Puligny. This is readily understandable given that its more northerly neighbors had the luxury of low hanging fruit whereas Saint-Aubin had to literally hewn its vines from the crags.

Not much had been written by the early wine historians about Saint-Aubin as a winemaking commune apart from noting that it has vineyards. The modern wine writer Clive Coates said that the commune “was one of those neglected, out-of-the-way villages of the Cote”. It did not help that they started by making indifferent red wines sold as Cote de Beaune Village. This is surprising since part of Saint-Aubin is separated from Chevalier-Montrachet and Montrachet by a hill named Mont-Rachet (if you adopt the lower case for the “R” and abandon the hyphen, you would arrive at the recognizable Montrachet). Effectively, Saint-Aubin is in one valley and the Montrachets are in another bigger valley separated by a hill. Leaving apart the fact that the Meursault, Puligny and Chassagne had a different orientation (facing east or southeast) versus northwest for Saint-Aubin, one would have thought that chardonnay plantings would be a no-brainer. Eventually, the winemakers caught on and a transition was made. In 1976, there were 120 hectares of vines and 38% produced white wine. Today, the ratio is reversed and 64% are white wine (and expected to increase to 80% in the near future).

Nowadays, the reds remain undistinguished but Saint-Aubin has made the name for itself with its chardonnay. Its initial attraction was that it had the characteristics of Puligny but not the hefty price tag. As a result, it acquired a reputation as a value white wine suitable for early drinking. In recent years, they have elevated their craft and their top offerings now expresses its own terroir and is age-worthy. Prices have continued to rise but so has quality. One contributing factor is that Saint-Aubin is at a much higher elevation (hence, cooler weather) than neighboring appellations and its wines revel in warmer vintages. With global warming, one would expect it to reap further dividends.

Although there are now over 236 hectares under vine, a whopping 156 hectares (66%) are premier cru vineyards (of which there are 29). The consensus is that it is not possible for that many plots to be of equal quality or in some cases, worthy of its cru status. That means one must be quite discerning when choosing a Saint-Aubin premier cru. A rule of thumb is to prefer wines from the eastern part which is closest to Puligny and Chassagne (on this side, only whites are made). My cheat sheet for the premier crus would be En Remilly, La Chateniere, Sur Gamay and Les Murgers des Dents de Chien.

The first family of Saint-Aubin would undoubtedly be Hubert Lamy. Close behind would be Domaine Marc Colin. However, for sheer breath of holdings, Marc Colin would be well ahead. The difference is in its history. The Lamys originated from Saint-Aubin and their core holdings are from this commune. The House of Colin is rooted in Chassagne-Montrachet and extended their holdings into Saint-Aubin.

The House of Colin has now splintered into various factions. It started with 3 cousins, Bernard, Marc and Michel Colin-Deleger running their own separate domaines. In 2007, Bernard sold his vines to an outsider upon his retirement. Michel Colin-Deleger retired in 2003 and split his estate between Bruno and Phillippe but retained his jewels, Les Demoiselles in Puligny Montrachet and Chevalier Montrachet. However, Bruno and Phillippe have only small holdings in Saint-Aubin (less than one hectare in total). In 2002, Marc Colin’s eldest son, Pierre-Yves, took his share of the vines and started Domaine Pierre-Yves Colin-Morey with his wife, Caroline Morey. In 2005, Marc handed his namesake domaine to his 3 children, Damien, Joseph and Caroline.

Domaine Marc Colin had 20 hectares spanning 30 appellations, 25 of which made white wines. They have the grand cru Le Montrachet and Batard Montrachet, premier cru in Puligny-Montrachet (La Garenne), 4 premier cru in Chassagne and 8 premier cru in Saint-Aubin including the 4 superior plots that I have shortlisted above. With this portfolio and this new generation of talented winemakers at the helm, Domaine Marc Colin established itself as a premier source for white burgundy and much was expected from them.

Alas, Burgundy remains true to form where nothing remains the same. By the time I attended the Grands Jour de Bourgogne in April 2018, I found Joseph and Damien Colin standing side by side, but at adjacent stands. Joseph has left Domaine Marc Colin and formed Domaine Joseph Colin leaving Damien and Caroline with the family domaine. I did detect a note of coolness between the 2 brothers but notwithstanding my sleuthing, I never got beyond the official line that Joseph wanted to start his own shop so that his son who is 18 can eventually take over. I tasted the 2016 from Joseph, it was a short tasting because the weather has decimated 60% of his crop leaving him with 3 wines and a production of 1,800 bottles. For 2017, we see offerings from his share of Marc Colin estate (about 7 hectares out of the original 20) and an intriguing Chevalier-Montrachet (which must be from purchased grapes). At the same time, I see no changes in the portfolio from Marc Colin. Who knows, maybe changes suit the House of Colin!