Weingut Heidi Schrock - Worth its Weight in Gold! 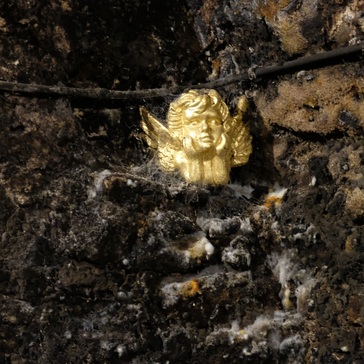 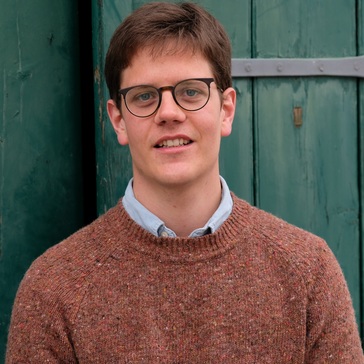 Albert Einstein once said “the more I learn, the more I realize how much I don’t know”. This quote popped into my head when I was planning our sojourn to Austria. Austria is renowned for its snow-capped mountains, picturesque towns perched on pristine lakes, being the home of Mozart and Strauss and as the backdrop for the Sound of Music, etc.. Not many would spare a thought for its wine. Whilst researching a wine theme diversion near Vienna, I stumbled upon what has been described by Jancis Robinson, a noted British wine critic, as “the best kept secret of the wine world”.

Austria has a long vinous history. Wild vines were in existence in Austria over 60 million years ago and the Celts were growing grapes to make wine before the Romans. By the 1920s, it was exporting white wines in bulk and claims to be the third largest producer of wine globally. The industry was devastated by a scandal in the 1980s when major producers were found to have added diethylene glycol (a common ingredient in antifreeze) to fortify their light bulk wines. The silver lining was the implementation of stringent quality control and the shift of emphasis from bulk to boutique production. Slowly but surely they have re-established themselves as producers of distinctive fine wines.

The winemaking regions of Austria are in the eastern part of the country bordering Czech Republic, Slovakia, Hungary and Slovenia. Its continental weather of hot days and cold nights, cold winters and hot dry summers is ideal for white wines. In this area, about 45,000 hectares spanning 3 regions are devoted to wine. The smallest region is Steiermart (Styria) in the south. The largest is Niederosterreich which is known for its gruner veltliner. This region also includes Vienna which would make it the only capital city in the world with substantial vineyards. You can literally stroll into the vines after hopping off a metro train.

Finally, there is Burgenland and this is where we headed to on a cool overcast day in April. Our destination was the town of Rust which is a leisurely drive of about 50 minutes from Vienna. Rust is a small medieval town which is considered to be the architectural jewel of Burgenland. Many flock to this little town to enjoy its pastoral charms. However, on this morning, we had a vinous purpose as we knocked on the wooden gates of a historic manor off the town square. For we had an appointment with Weingut Heidi Schrock.

We were greeted by Georg, one of the twin sons of Heidi. Georg and Johannes, his twin brother, are the heirs apparent as Heidi reaches her official retirement age. Georg has apprenticed with winemakers in Bordeaux, New Zealand, Tuscany and Switzerland and like many of this new generation of winemakers seems destined for the pursuit of making great wine. So for the next 2 hours, he strived to educate us in the nuances of his art accompanied by liberal pours from their 13 different wines.

For the reds, there was the 2017 Junge Lowen, a Blaufranckish blend and Ried Kulm, the former being a more simple table wine whilst the latter shows a more complex character. The dry whites from 2017 were made from the varietals Grauburgunder, Weissburgunder, Welsehriesling (no relation to Riesling) and Furmint (the principal ingredient for making Hungarian Tokaji). In between, there was a 2018 Rose Biscaya. These are all wines that one would readily welcome on the dinner table and ably demonstrate the value proposition of fine Austrian wine.

However, it is difficult not to be somewhat distracted during the tasting of these wines by the anticipation of her stellar noble sweet wines. As Georg explained, Rust is surrounded on 3 sides by rolling foothills. The fourth side is the western shore of Lake Neusiedl, one of the largest steppes lakes in Europe (which by itself is a reason to visit) where the waters are no deeper than 5 feet. This forms a natural amphitheater around Rust and it would be the recipient of moisture as the eastern winds swapped across the lake. It also benefits from longer hours of sunlight than other parts of Austria. This combination of sun, elevation and cool, damp air is the perfect recipe for inducing Botrytis Cinerea or “noble rot”. The grape shrivel into raisins concentrating the sugars and imparts the unique flavors to the wine. Her sweet wines include a Spatlese (2017), Auslese (2016) and a non-vintage Beerenauslese. They were all superb but incomparable to the 2004 and 2015 Ruster Ausbruch “On the Wings of Dawn”.

It is difficult to believe that Ruster Ausbruch was almost forgotten until Heidi together with like-minded winemakers revived it. Its claim to fame began in 1680 when the Holy Roman Emperor Leopold I sourced his fight against the Ottoman incursions by allowing villages to become Free Cities for a king’s ransom in gold. The emperor’s lust for Ruster Ausbruch was such that Rust was able to secure this coveted status without depleting their gold. The deal was a payment of 60,000 gold coins and 28,000 liters of Ruster Ausbruch. Actually not a bad deal because the demand for this nectar was insatiable once the news spread that this was the drink of kings (this was probably the first known instance of product placement). This varietal was wiped out by the phylloxera epidemic in 19th century and was largely forgotten.

We tasted her 2015 Ruster Ausbruch which was one of only 15 wines anointed with a perfect 100 point score by Wine Enthusiast in 2018. The wine was solid gold in colour, had a caramel and honey nose and a lithe and graceful palate. Certainly worthy of its acclaim and is a wine that every wine lover should try (and at a fraction of the price of its closest rival, d’Yquem).