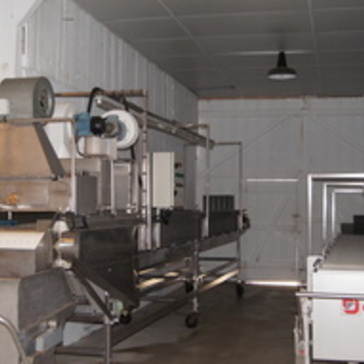 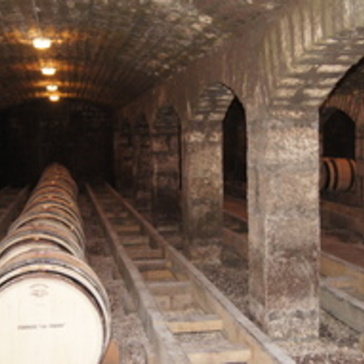 Receiving an appointment to visit Domaine Leroy is akin to a young man getting a date with his dream girl. You would meticulously plan every detail and leave nothing to chance. By the time the big day arrives, you are certain that nothing would go awry. For our visit which was scheduled for a Friday afternoon, we decided to forego a tasting at another domaine to ensure that our palate remains sharp. We had a quick light lunch at a small brassiere in Beaune because it was only a short drive from our destination and negate the risk of being ensnared by traffic.

We input the address into our trusty GPS and took a leisurely and scenic drive through the rolling countryside. The weather was brilliant and the road was clear. By the time we veered off the main road to enter the village, our mood was festive. We were further reassured by signs painted on walls with the word Leroy and a direction arrow. We parked outside a small church and followed the direction of the arrow. At the end of the path, we came to a charming country house which fronts a running brook. The setting befits a Monet painting.

At this point, a nagging doubt appeared, the house does not look like a working winery. It was dispelled when we ascended the steps and saw a discreet brass plaque with the name Leroy. When a young lady answered the doorbell, our doubt resurfaced. She gave no inkling that they were expecting visitors. The mention of a 3:30 appointment was met with a blank stare. Panic begins to set in as the dream date vaporized before our very eyes. Did we have the time or day wrong? We were finally saved by technology. The girl kindly checked the email and found the appointment. The only problem was, we went to the wrong address.

We have gone to the office of Leroy SA, the merchant arm of the wine business of Leroy, at Auxey-Duresses. The domaine where their wines are made were located in Vosne-Romanee, about 45 minutes away. We have apparently made the mistake of using the address at the end of their email and ignored their directions to go to Vosne-Romanee. They very kindly called the domaine and asked them to wait for us. There followed a mad dash to the car and some rage driving.

To make the whole episode more maddening, we were staying at a house which was only 5 minutes walk from the domaine to begin with. We managed to arrive shortly after 4 and were greeted by Roemer, the owners right-hand man. He graciously accepted our apologies for intruding on his Friday afternoon and quickly made us feel at ease. We were guided through the winery and as we were about to begin the tasting from barrels, Roemer received a call on his portable. Given our non-existing French, we could only discern that he was speaking to someone whom he addressed as madam. After he finished, he explained to us that it was Madam Lalou Bize-Leroy, the owner of Domaine Leroy, calling to make sure that we have found our way.

Our group was flabbergasted (not to mention extremely flattered) that the legendary Lalou Bize-Leroy would be so solicitous of the well-being of a bunch of stray tourists. On reflection, it dovetailed perfectly with her reputation as a hands-on owner who does not allow even the smallest detail to escape her attention. One would not be surprised if she could remember every vine in her vineyards. This is the indomitable passion and spirit which enabled her to elevate her wines to iconic status within the span of a decade or less.

Lalous pedigree is impeccable. Her father was Henri Leroy. In 1919, Henri joined a thriving wine business started by the Leroy family at Auxey-Duresses (the very site that we first went to). Under his auspices, the business went from strength to strength. However, he would surely be remembered for his stroke of genius in buying half of the Domaine de la Romanee Conti (DRC) in 1942. In the next 40 years, he devoted himself to the domaine and hewn it into the gem of the wine world.

In 1955, Lalou joined the family business. She learnt from the best to be the best. Upon Henris death in 1980, she took over as the co-manager of DRC. In 1988, she bought the moribund estate of Charles Noellat at Vosne-Romanee followed by Philippe-Remy at Gervey-Chambertin with a view of starting her own domaine. This did not sit well with her partners at DRC and coupled with disagreements on distribution practices, she was ousted from her management role at DRC in 1992. At present, the Leroy family still owns 50% of DRC.

Never one to shy away from a challenge, she focused her indefatigable energy on Domaine Leroy. Aside from the impetus, her departure allowed her to shape the new domaine into her vision. She was no longer shackled by the burden of DRCs tradition and success. Her singular vision resulted in her full commitment to biodynamic viticulture in all of Leroys vineyards. Whereas all top vintners are now jumping on the bandwagon, Lalou was considered a loony when she embraced it in the late 80s. Leaving aside the scheduling of sowing and planting by an astronomical calendar, biodynamism is basically the forerunner of sustainable agriculture. It abhors the use of artificial chemicals and stresses the maintenance of the natural and holistic well-being of the land that bears its bounty. No one who adopted these principles would argue that it did not result in better wine.

To go along with the heart of an artist, she also had the guts of a riverboat gambler. In order to raise the kings ransoms to acquire the vineyards of Noellat and Remy, she brought in a partner, Takashimaya of the Japanese department stores fame. In a masterstroke befitting the daughter of Henri Leroy, she acquired a partner not only with deep pockets but more importantly with the sense to leave her alone in her pursuit of perfection.

Domaine Leroy, after a string of acquisitions, now owns a total of 22 hectares (220,000 square metres) spread over some of the choicest plots of land in Burgundy. In Burgundy, plots of vineyards are ranked by their location, the top being grand cru followed by premier cru. If it is not classified as a cru, then it is identified by the village that the vineyard is located in, hence the description village wine. The firm belief is that the terroir of the plot would define the quality of its wine. Therefore, wine from a grand cru plot should be the best, followed by premier cru then village.

It is an embarrassment of riches for Leroy because they have 8 grand crus at Corton-Renardes, Romanee-St-Vivant, Richebourg, Clos Vougeot, Musigny, Clos de la Roche, Latricieres-Chambertin, Chambertin. 7 plots of vineyards ranked as premier cru. Many critics have also hailed that a common village wine from Leroy bests a grand cru from anywhere else and they make 7 village wines (tip it is well worth the effort to look for and buy the village wines of Domaine Leroy).

At the entrance of the cellar of the domaine, there is an inscription in French which in English means â€œWine is inspired by the cosmos; it tastes of the earthâ€. The wines of Madam Lalou Bize-Leroy certainly live up to this motto.

Since it is impossible to do justice to Domaine Leroy in the space allowed, please stay tuned for the second part of this article in the next edition where we would continue to explore the magic of Leroy and the tour de force which is the 2011 vintage.