Domaine Guigal – Kings in the North 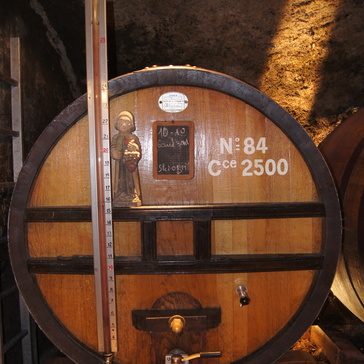 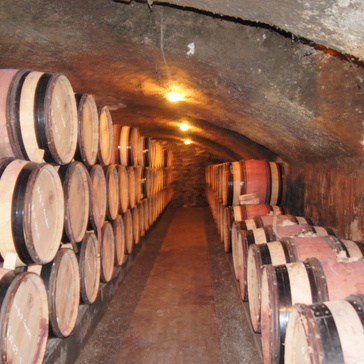 When you sell 7 million bottles of quality wine year after year including a microscopic amount of special “cuvees” which are hailed as the epitome of perfection, your crown is well deserved. It is even more deserving when one learnt that the kingdom was built from scratch in about half a century. Etienne Guigal was sent off by his family in his early teens to make his own way because they could not afford to care for him. At the tender age of 14, he made his way to the vineyards of Vidal Fleury, which was then the region’s wine powerhouse. He worked his way from the vineyards to become their chief winemaker. In 1946, he left to start Domaine Guigal at the age of 37. When Etienne lost his eyesight due to illness in 1961, Marcel, his son, discontinued his schooling to assume the reins. At that time, the domaine was making a modest 13,000 bottles of wine annually. Building on the foundation laid by Etienne, a vinous empire arose in northern Rhone. It would not take much to imagine the smile on Etienne’s face when his domaine acquired his former employer, Vidal Fleury, in 1984.

For Phillipe, Marcel’s son, there was no question that he would not be the heir apparent. He confided to us that he was baptized with a Guigal wine when he was born in 1975. He joined his father at age 18 and became the chief winemaker at 22. When we met him, he was 38 and his head of hair was streaked with grey. Being a crown prince in a wine dynasty is obviously no bowl of grapes!

Domaine Guigal is based in Ampuis, the northern extremity of the Rhone Valley. It is less than an hour’s drive from Lyon but 2 hours from Avignon, the capital of the appellation. Like many other towns, it is bisected by a major through-road. Two low-slung commercial buildings flanking each side of the road housed their headquarters. Phillipe met us at the reception and looked bemused when I asked him for Mr. Guigal. A jaunty young man wearing a red baseball cap was hardly who I was expecting. Before we set on a tour of facilities, he introduced us to his mother who was hovering in the vicinity. A timely reminder that this is a family affair.

The facilities were suitably impressive. There was the subterranean level which was the original cellars. It dated back eons and Phillipe showed us one particular section where it is inexplicably cool and damp in all seasons. There was a sentinel of massive vats and a huge array of wood barrels. We paused at the sorting tables where the fruit would be received at harvest time. Here, Phillipe cited an example of their commitment to sourcing the very best fruit. Although the domaine owns 150 acres of the very best sites in the region, they need to buy grapes from other growers to satisfy their substantial production. At harvest time, the growers would bring their grapes and Phillipe, just as Marcel before him, would personally inspect every batch. He spoke of early years when his father would reject a whole crop from growers because it did not meet his exacting standards. Not an easy thing to do when everyone knows everyone else. However, this had served to translate and instill their commitment and vineyard practices to their grower partners. Nowadays, the domaine gets the best of the best.

It is undisputed that they have rejuvenated the reputation of the northern Rhone and established benchmarks for excellence. Although this could not be attributed to any single element, a key is their emphasis on complexity. They do not make “simple” wines. This refinement and elegance is the result of their vinification approach. They matured their wines with extended barrel aging so that the tannins and flavors can integrate and the fruit can shine. This method had served them well and they have consistently produced wines of exceptional quality even at modest price points.

In our 3 hour journey through the cellars, Phillipe led us in a tour de force tasting of their top wines. We started with the 2011 Condrieu, a white wine made from Viognier. This is an entry level wine but its profile is classical, aromas of violets, lychees and peaches with a honey texture and long-finish. Their prized Viognier is made from a selection of their very best fruit is La Doriane. It is consistently one of the most pleasurable white wines on the planet. The 2006 (15,000 bottles) has all the classical elements with the addition of being more full-bodied, a dash of minerality and that touch of precision. The last of the whites was a 2007 Hermitage Ex Voto. This is the pride of the Guigals as it was a fulfillment of their dream to own a plot in Hermitage. It is made from the varietals Marsanne and Roussanne and only in exceptional years. A remarkably textured and concentrated wine with a hint of spice.

We then headed to the reds from 2010. What do you expect from a wine that is produced in the millions? The answer : their Cotes du Rhone is actually quite good. A very easy blend of Grenache, Syrah and Mourvedre (if it was made in Australia, it would be labeled GSM). A full-bodied wine with plenty of dark fruit notes. Next is their St. Joseph, an area which is up and coming. The granite terroir is at the forefront and the ripeness is en pointe. As a punctuation mark to their enthusiasm for St. Joseph, we tasted the Vignes des Hospices. Again, the minerality and fruit was there but there was this beguiling softness and sweet tannins that elevates it to the next level. Chateau d’Ampuis from Cote Rotie, a recent addition to their portfolio with their first vintage in 1995, was a meaty and peppery Syrah sensation which can only improve with age!

We now reach the stars of the show, the La La wines; single vineyard offerings from 3 different plots at La Mouline, La Landonne and La Turque (a total yearly production of 1,600 cases to fight over). It is hard to count how many perfect scores that these wines have garnered, not only from Robert Parker, since their debut vintages (1966 for Mouline, 1978 for Landonne and 1985 for Turque). Flavors, freshness, purity, intensity, balance, elegance and complexity! You name it, they have it. For my taste, I am skewed towards La Mouline. It is exotic, unique and each element is in harmony… effortless power and grace! 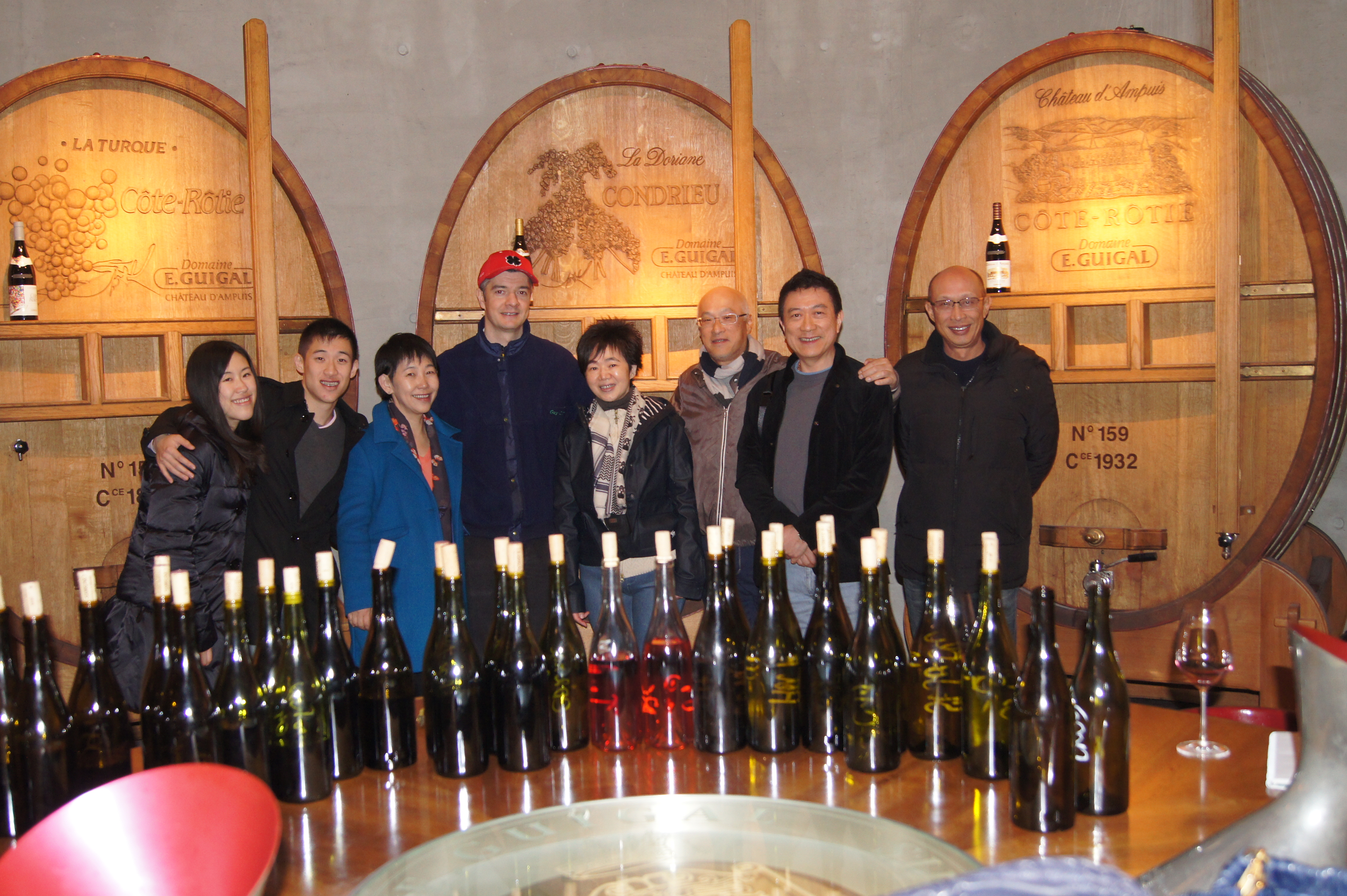