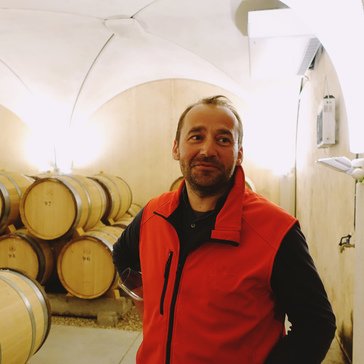 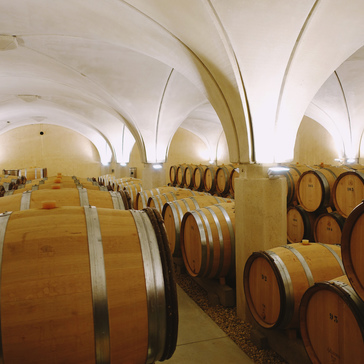 If you are searching for a white burgundy to savor, a label bearing the word Meursault would not be a bad start. Meursault is one of 3 villages which is recognized as producing the finest expression of chardonnay in Burgundy; ergo, the world. The other 2 are Puligny-Montrachet and Chassagne-Montrachet. The 3 communes lie south of Beaune and occupy a continuous stretch of land beginning with Meursault in the north and ending with Chassagne-Montrachet in the south.

As the peerless chardonnay vineyards of Montrachet straddle the villages of Puligny and Chassagne, they have captured the limelight by hitching their name to this undisputed champion. Hence, we now have the hyphenated Puligny-Montrachet and Chassagne-Montrachet. They also have the good fortune of having 5 grand cru vineyards within its precincts whereas Meursault has none. What Meursault has is 316 hectares of village vineyards which is more than the combined village area of Puligny and Chassagne. Meursault also has 132 hectares of premier cru which in size put it between Puligny’s 100 odd hectares and the 160+ hectares of Chassagne. Obviously, size is no answer to quality but the size of Meursault has created a bit of anomaly. With its size comes a high degree of diversity in its geology and micro-climate. Therefore, some plots are qualitatively more equal than others and these differences are reflected in an unofficial classification of deuxiemes crus for some of the lieux-dits (parcels) lying in Meursault. This is intended to cover parcels which are considered as capable of producing wine well above its village status; premier cru in all but name (and price). The raison d’etre for this concept is readily apparent when one considers the superb wines made from these deuxiemes crus by Meursault’s resident superstars; Les Rougeots and Les Chevalieres from Coche-Dury, Clos de la Barre from Lafon and Les Tessons and Clos de Mon Plaisir from Roulot. Apart from them, there are a host of skilled winemakers plying their trade in Meursault and their wines represent an incomparable trove of cru class wines at village prices. Leading this pack would be Domaine Michel Bouzereau.

The Bouzereau clan has a major presence in Meursault. They have been based in the village for over 7 generations. A convenient starting point to trace their genealogy would be with brothers, Robert and Louis Bouzereau. Each brother had 2 sons, Robert fathered Michel and Pierre and Louis had Philippe and Hubert. Each of these 4 sons had their own domaines which are now in the hands of their children. This translates into 4 domaines with Bouzereau as part of their name, of which Domaine Michel Bouzereau is one of them. Michel has eased into retirement and his son, Jean Baptiste, has been in charge since 1999. As we have often seen with top domaines, Jean Baptiste has not just rest on his father’s laurels but has continued to up his game.

Today, Domaine Michel Bouzereau enjoys a well-earned reputation as one of the best white wine producers in Burgundy. It owns 11 hectares including premier cru parcels in Les Perrieres (0.47 hectare), Les Genevrieres (0.52 hectare), Les Charmes (0.52 hectare), Les Caillerets (0.14 hectare) and Champ Gains (0.4 hectare). The first 3 is in Meursault and the last 2 is in Puligny-Montrachet. They are undoubtedly the very best parcels in their respective appellations. Although the domaine does not have any grand cru sites, their Les Caillerets in Puligny-Montrachet which abuts Chevalier Montrachet and Montrachet is a gleaning gem. In Meursault, they have vines in the lieux-dits of Le Limozin, Les Grands Charrons and Les Tessons with the last 2 being widely accepted as deuxiemes crus. One may surmise that with the addition of a grand cru, this domaine would be sharing the same stage with their neighbors, Coche-Dury, Lafon and Roulot.

We found Jean Baptiste at the reception/office which is part of a new custom built winery which the domaine has called home since 2009. The design was a functional yet stylish minimalism which conveys a sense of freshness and renewal. Jean Baptiste introduced us to his wife and they appeared to be the answer to a Hollywood casting agent’s dream, he was ruggedly handsome whereas she was willowy and elegant in an Audrey Hepburn-esque way. The only thing wrong with the picture is that she was at that moment swarmed with the domaine’s paperwork, a very glamorous lady saddled with very unglamorous work. Nevertheless, this is what a family owned domaine is all about.

We then headed to the winery and tasted the range of his white wines from 2013. We started with the bourgogne, proceeded to the 3 village wines and ended with 4 premier crus. In 2013, the weather was again not very cooperative but Jean Baptiste appears to revel in it. He commented that he had to pick very judiciously in order to get the right level of maturity. To him, this was crucial because he is looking for a proper balance with the acidity. He said he was very happy with this vintage although quantity is down by at least 35%. From the tasting, very happy appears to be an understatement. Even the lowly bourgogne had lovely aromas of white and yellow flowers and had good precision. The Grand Charrons was infused with fresh fruits and had a lingering finish. Limozin exhibited a good acidity and fine texture. Les Tessons shows its colors as the best of his villages with its stony minerality and a good degree of complexity. The premier crus were even more impressive. The Champ Gains presented good fruitiness with elegance. The Charmes was the most open of the 3 premier crus from Meursault. It was a generous wine with a light creaminess that was signature Meursault. The Genevrieres had an exotic combination of raciness and roundness whilst Les Perrieres soars with its notes of honeysuckle and hazelnut. Even Jean Baptiste had to admit that this was the best of his Meursaults.

Les Caillerets deserves its own special place. From a map, it could almost be seen as a continuation of Montrachet. Vintage after vintage, Jean Baptiste has exploited his parcel to bring out his very best wine. This 2013 is no different; it is an exquisite wine with a perfect balance. It may not have quite the intensity of a Montrachet but it has not strayed too far. The only problem is that quantity is microscopic and there is only 2 barrels for 2013 (about 600 bottles). Just managing to whittle a couple of bottles from Jean Baptiste was in itself well worth the trip. 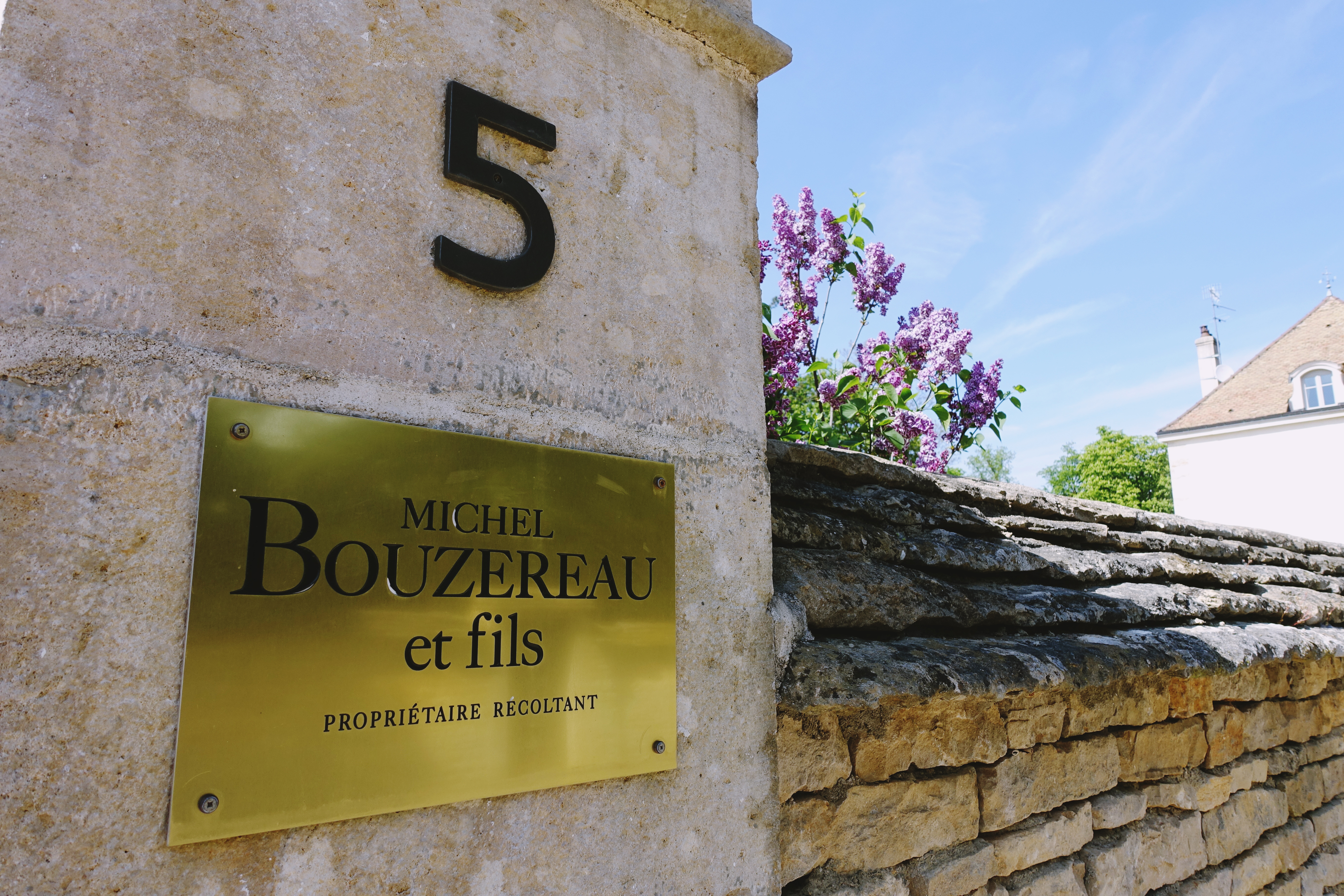